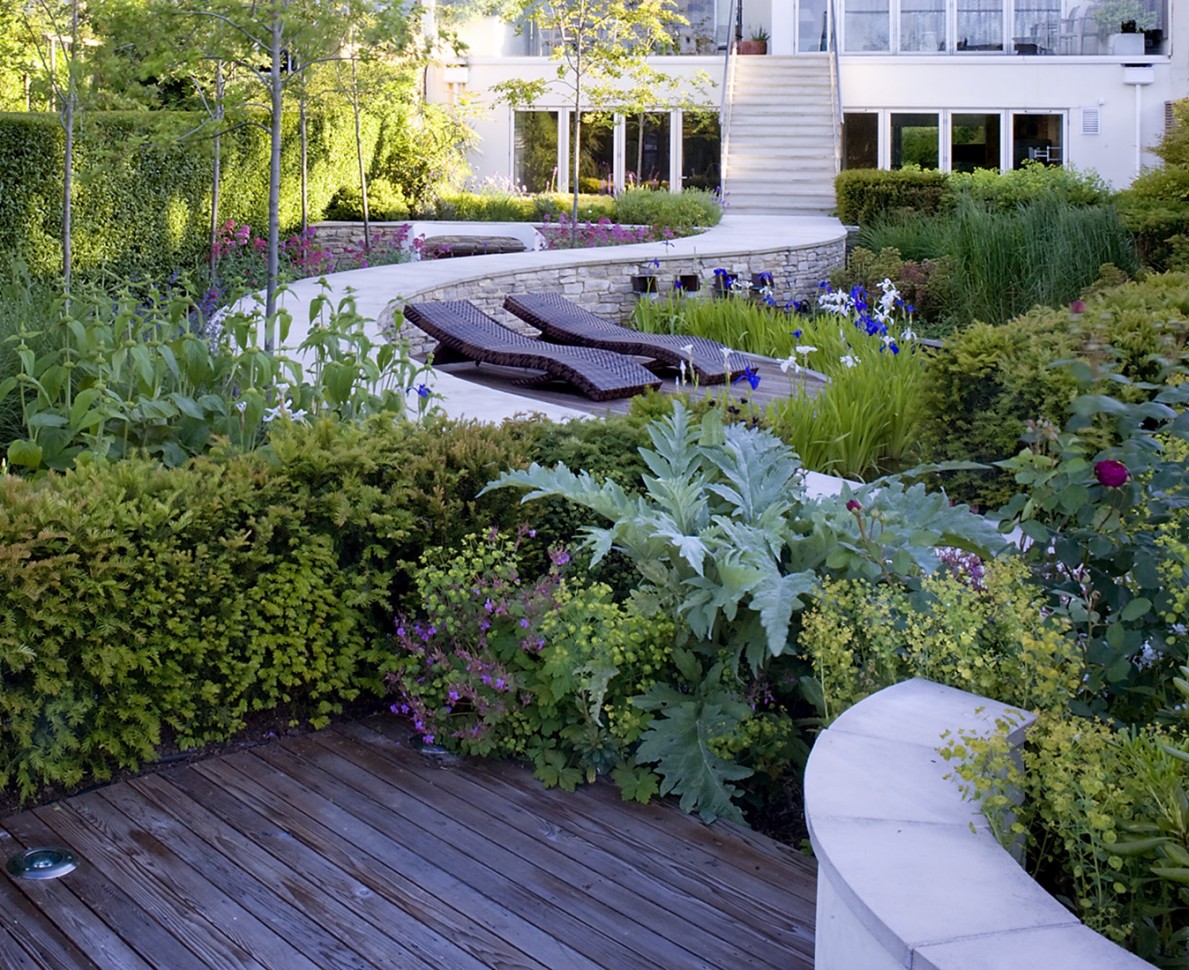 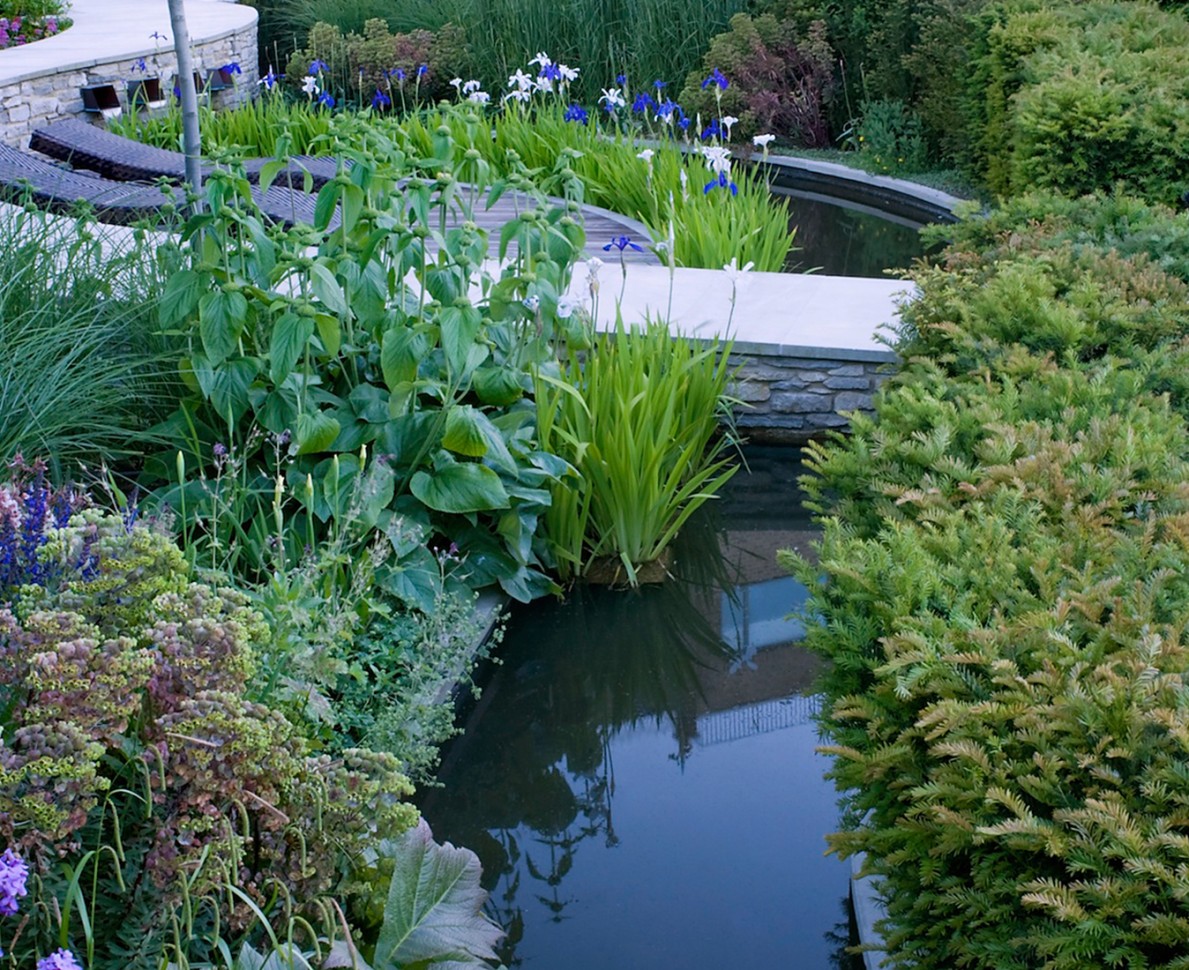 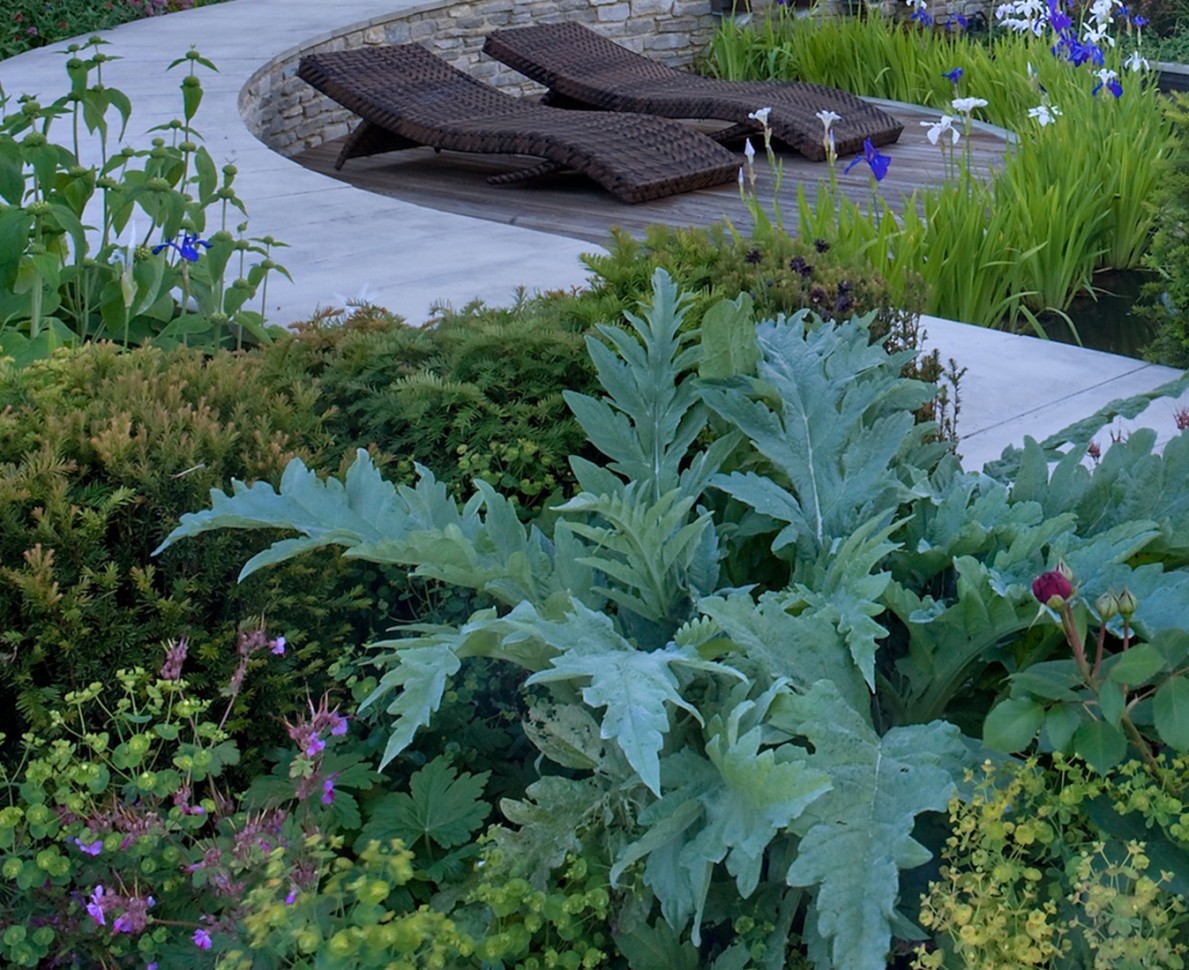 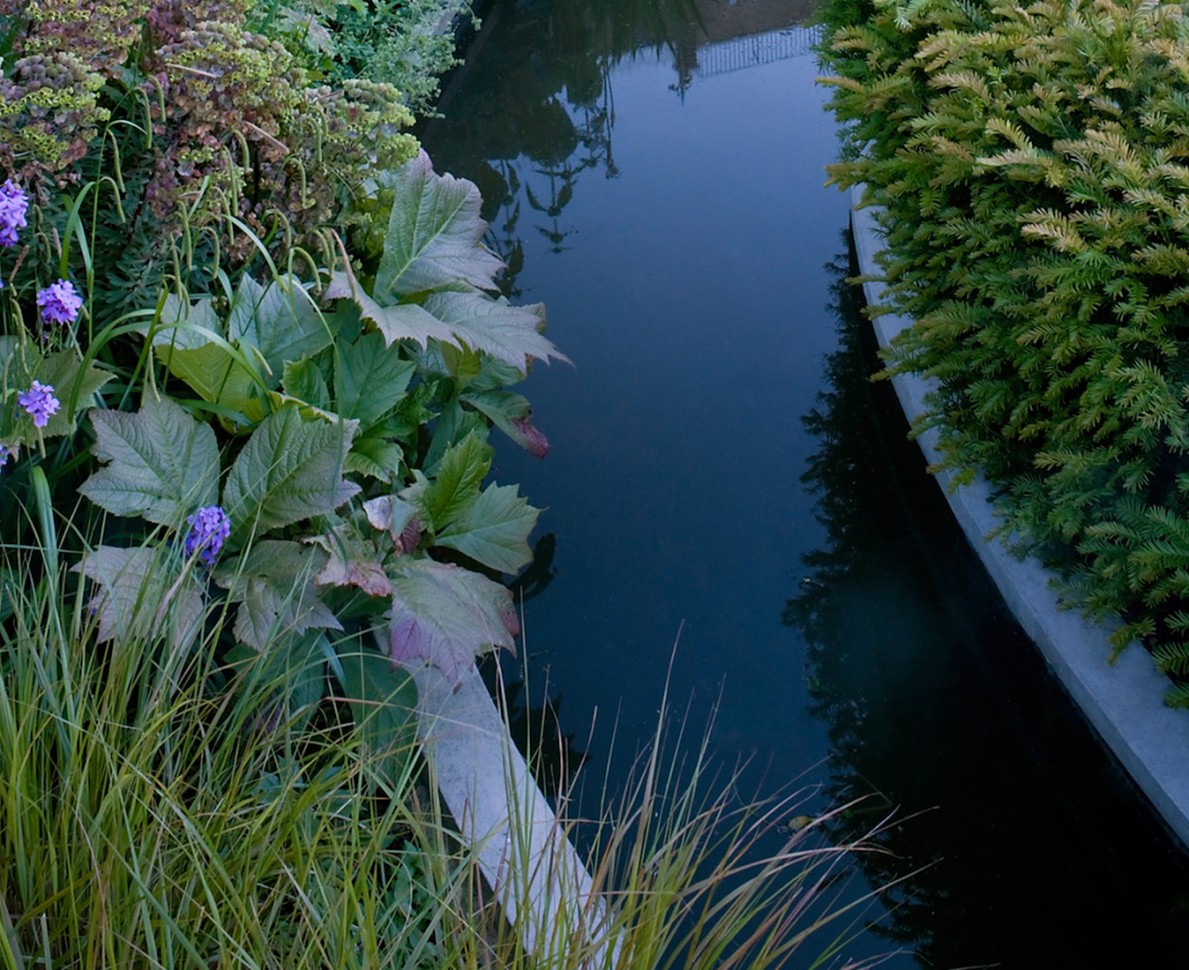 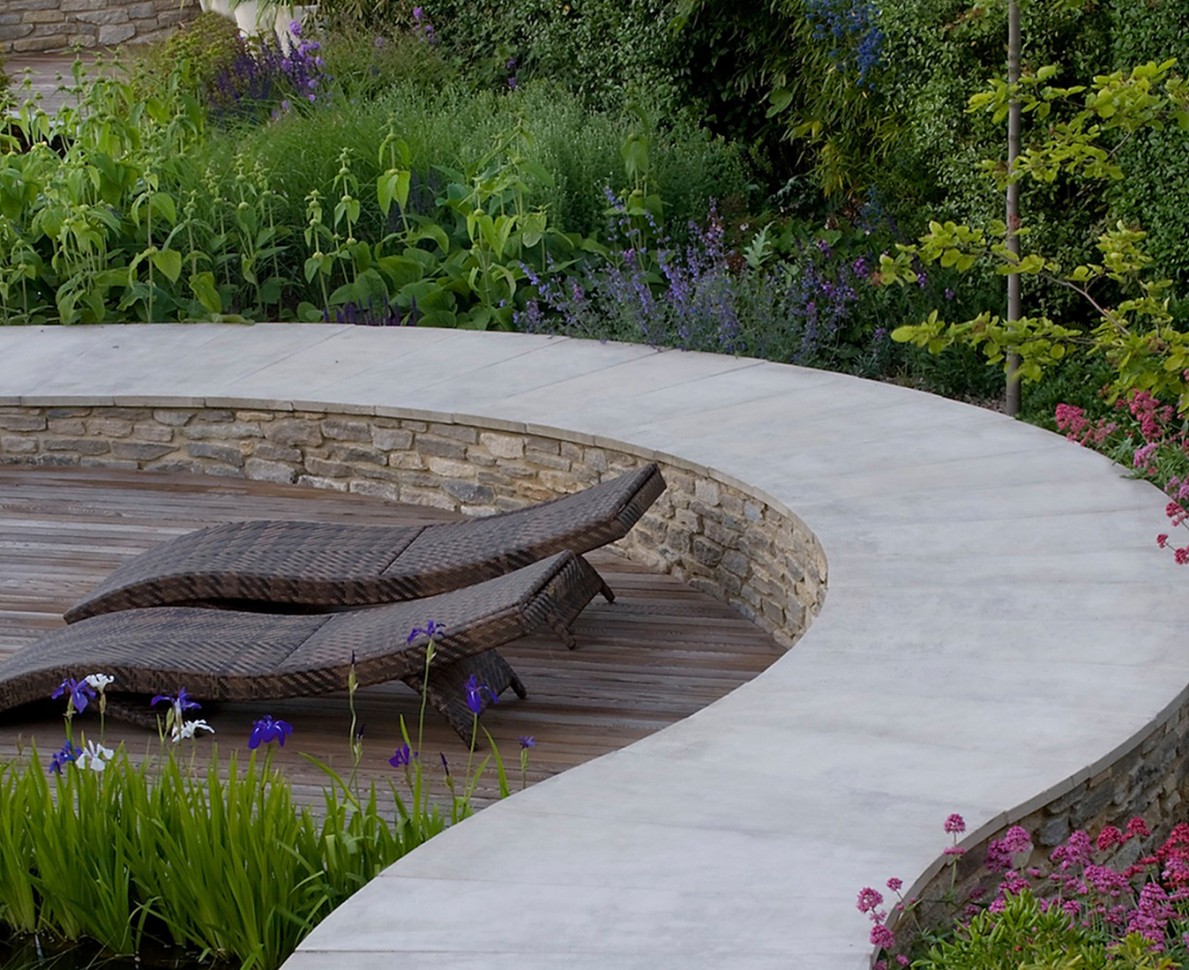 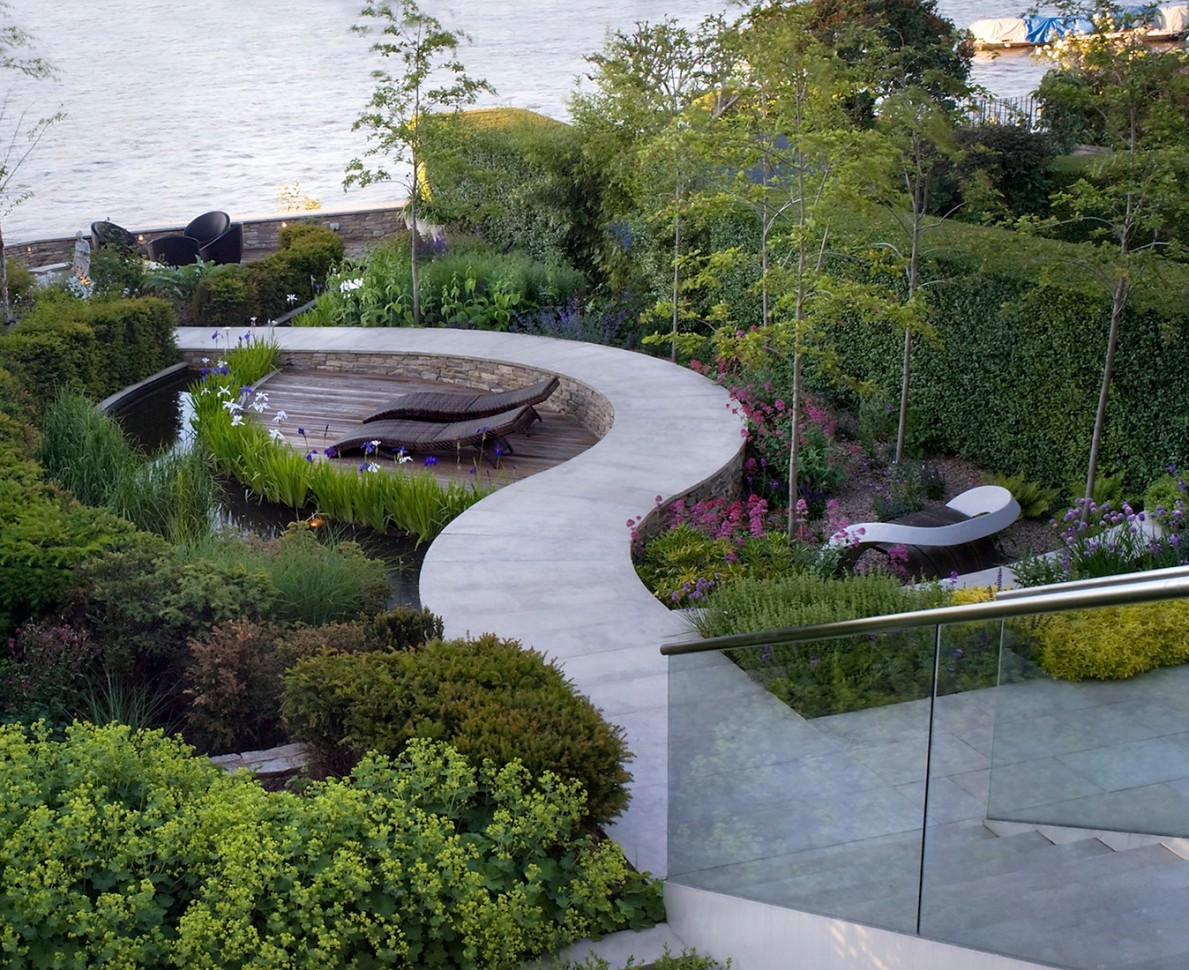 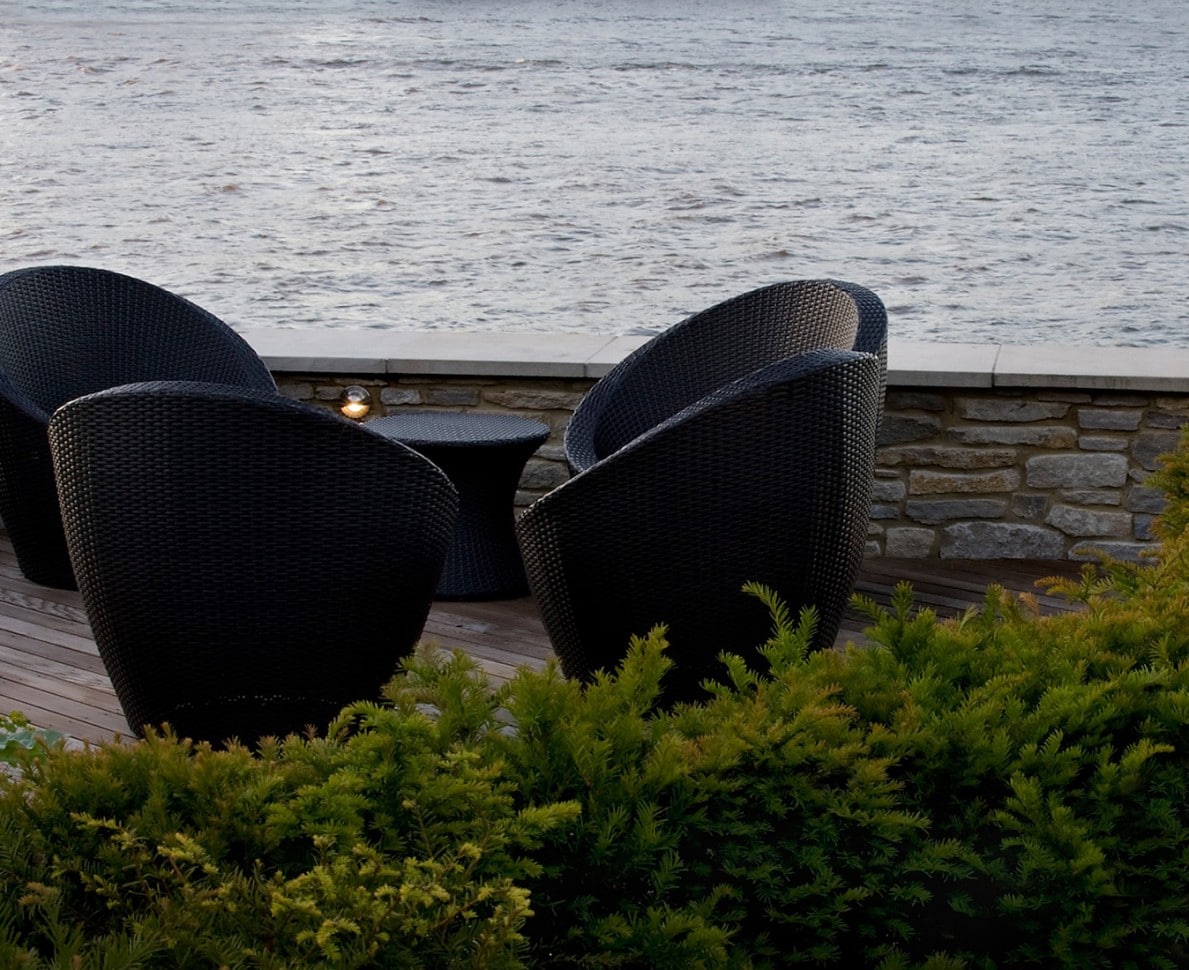 There are very few gardens that actually front the Thames in London without a road or towpath between them.  But what struck me here was that from above the river may be sinuous and meandering but the view from the house was far from curvaceous and actually rectangular as it is framed top and bottom by each riverbank.

The remedy, I decided, was to design the garden as though it was a tributary and to introduce curves into it if the river itself was not going to offer any up.  A structural hedge is the spine of the garden running from house to waterside while snaking path and curving stream intertwine on their journey to the river.