Andy Sturgeon is a world-renowned garden designer and creator of the most dynamic, horticulturally rich and stunning urban gardens in London. With over 30 international awards to his name, Andy has also achieved the highest accolade of ‘best in show’ three times at the RHS Chelsea Flower and medal winning status on 8 further occasions.

One of the top 10 garden designers in the UK, Andy Sturgeon heads up a highly skilled team of landscape architects, urban designers, accomplished horticulturalists and exceptional garden designers.

With an enviable track record and an extraordinary ability for natural planting, Andy fuses sculpturally brilliant landscape architecture and sustainable urban garden design to create unique and iconic garden designs in London for a wide variety of spaces, from public parks to urban roof gardens.

Andy Sturgeon is renowned for creating intriguing, unusual and bold plant-rich schemes in the urban landscape. Andy has built an impressive reputation for bringing beauty, life and a touch of magic to London’s gardens, rooftops and green expanses, in both public and private spheres. 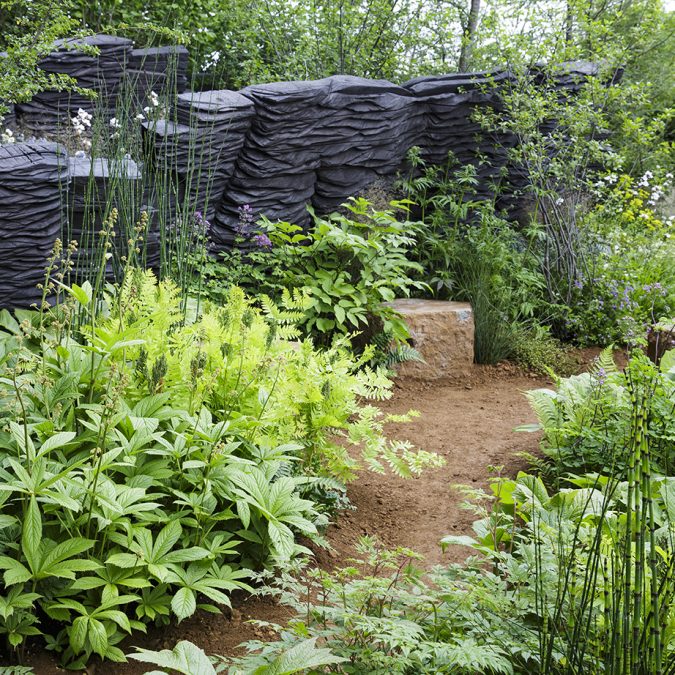 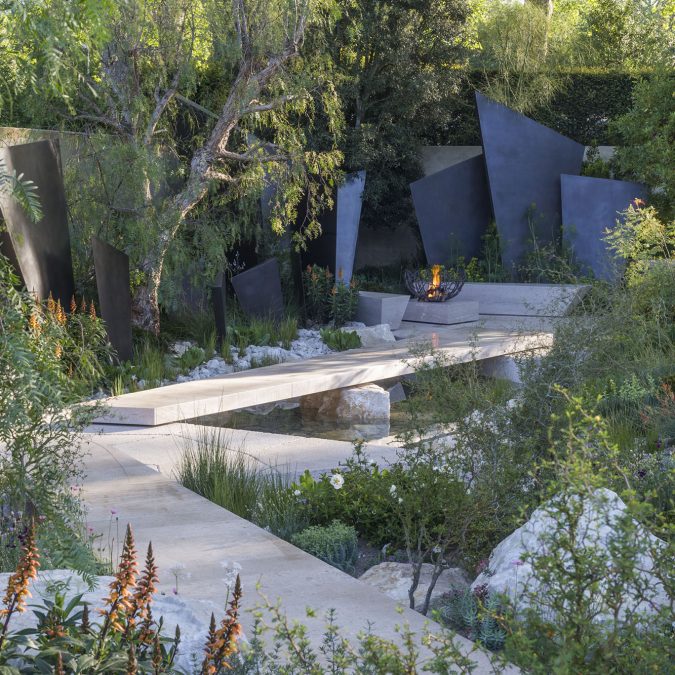 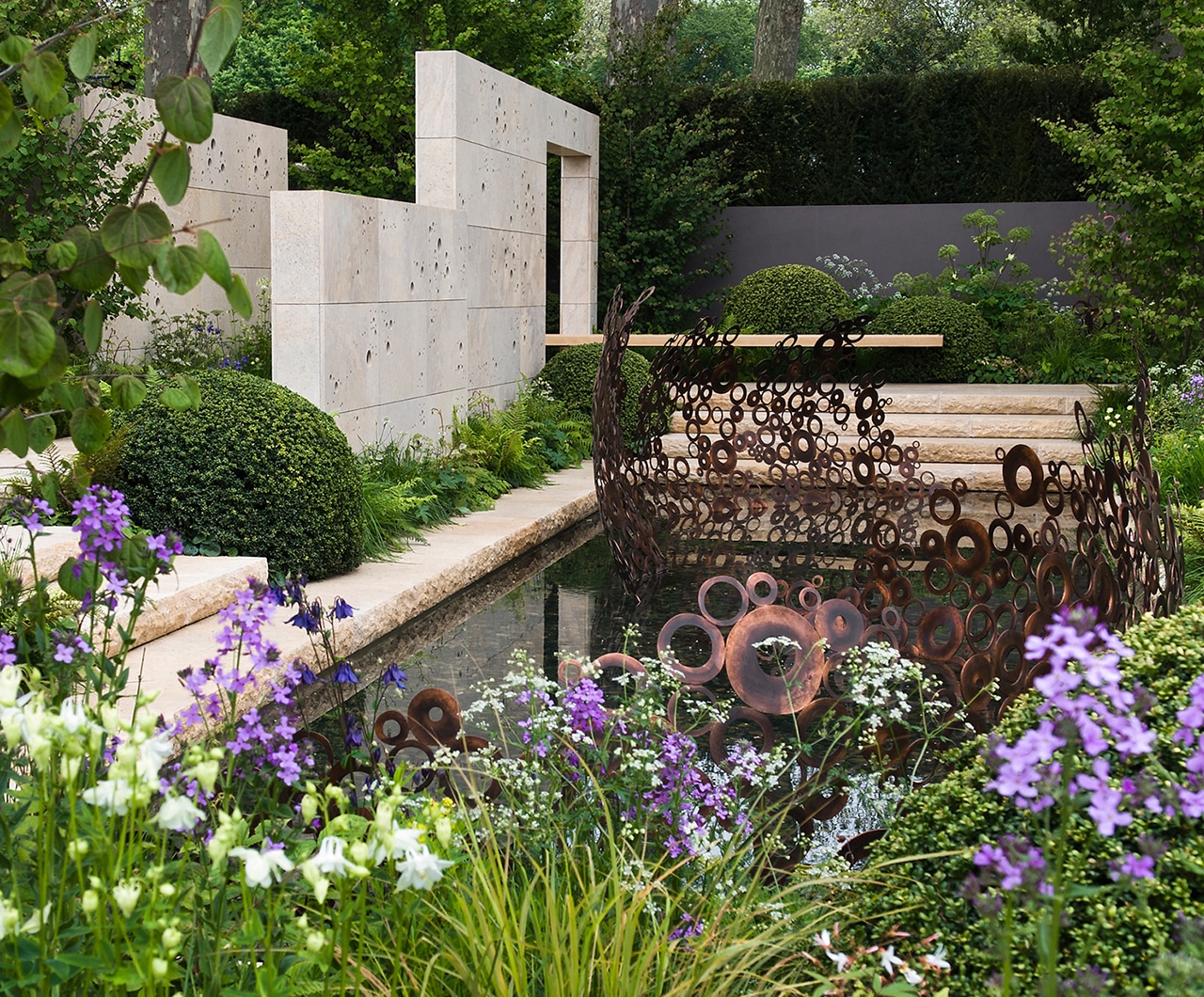 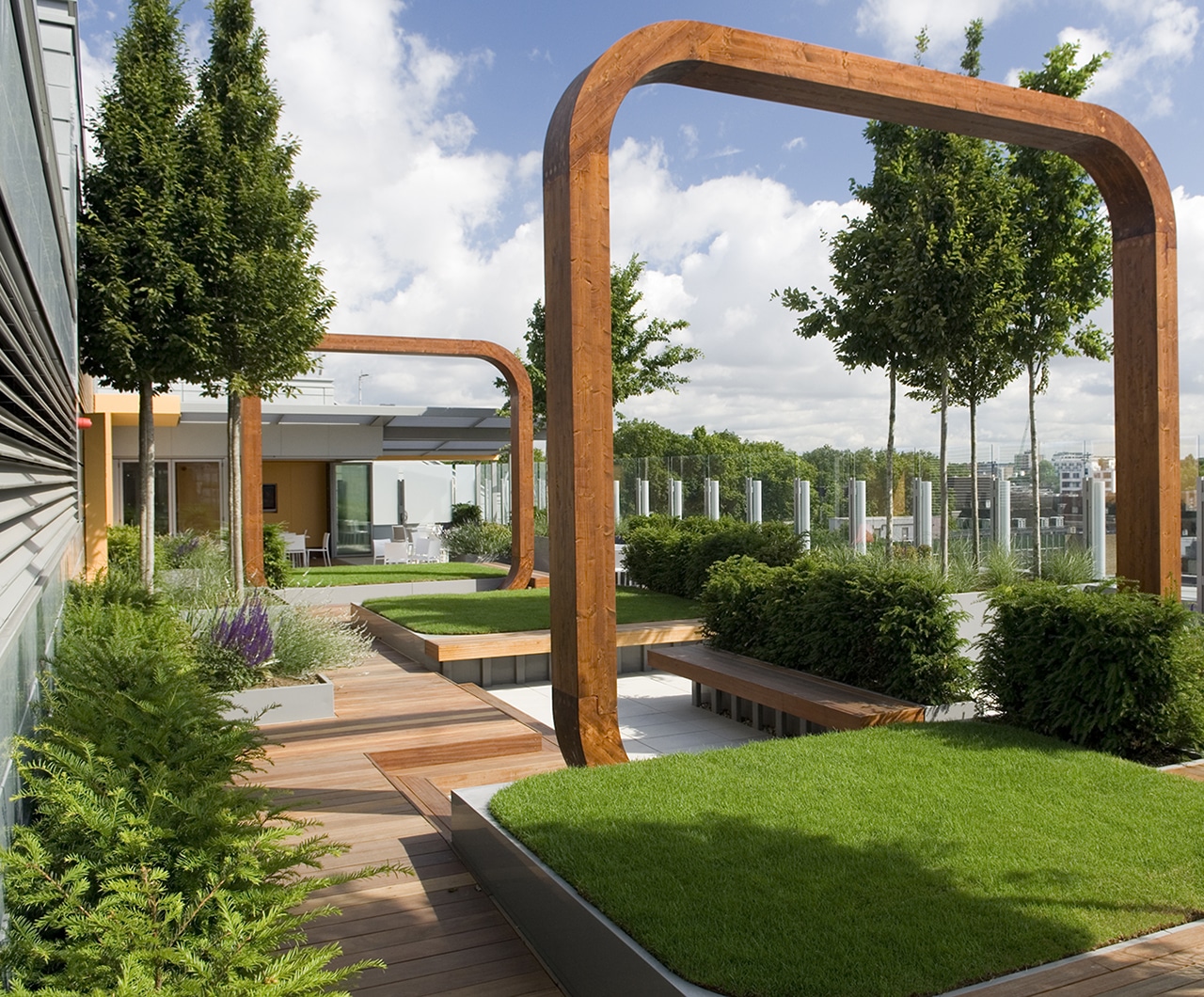 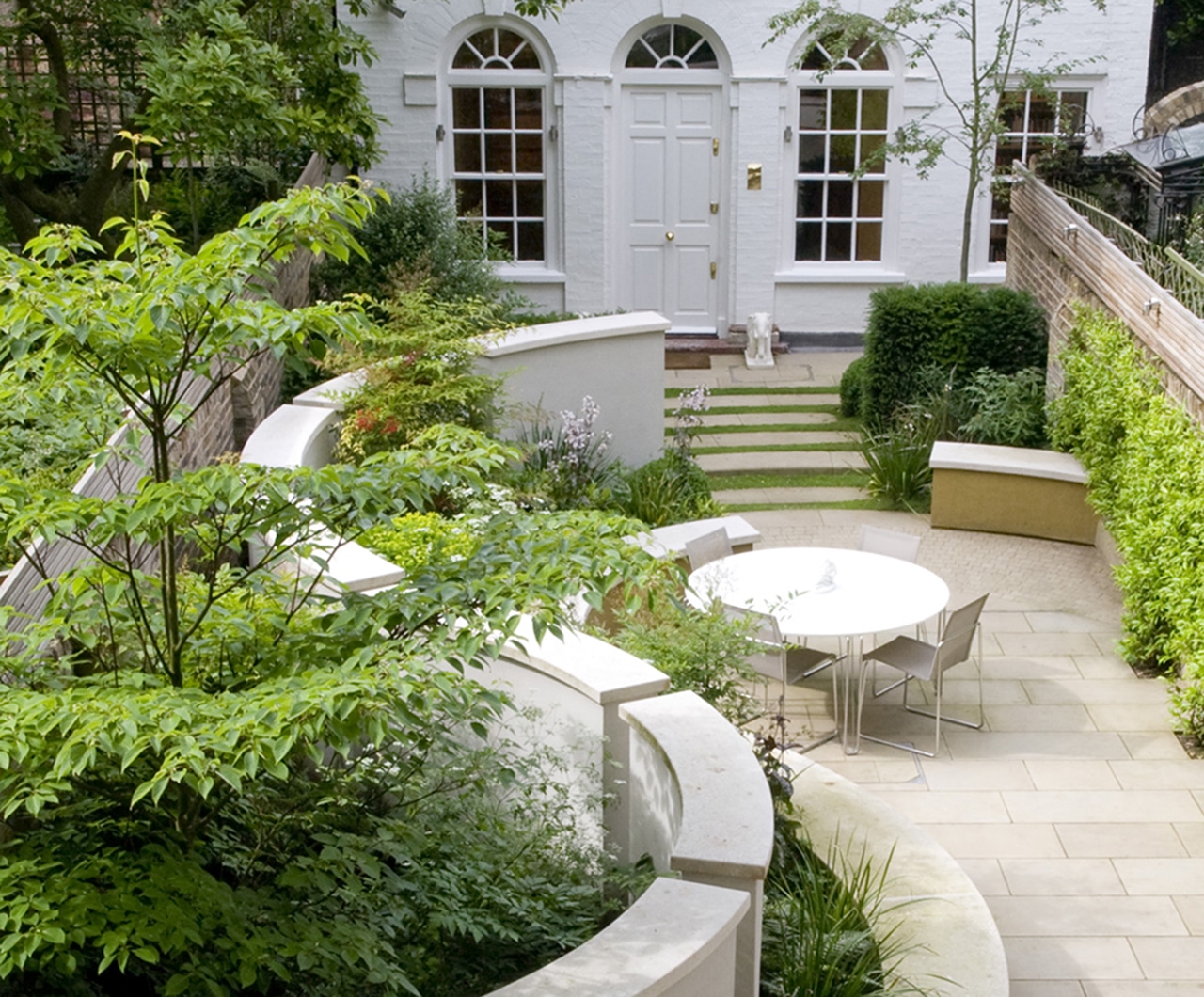 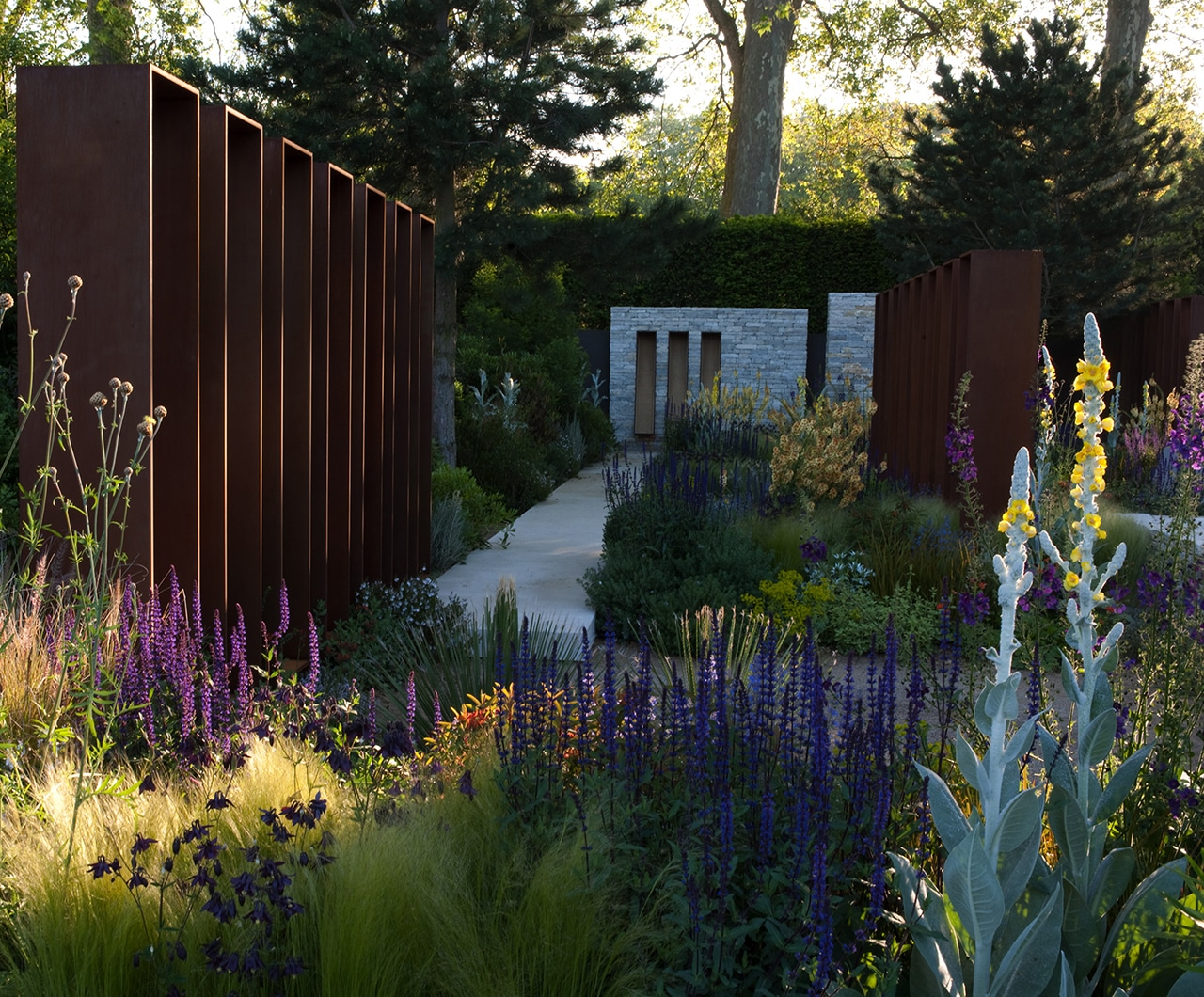 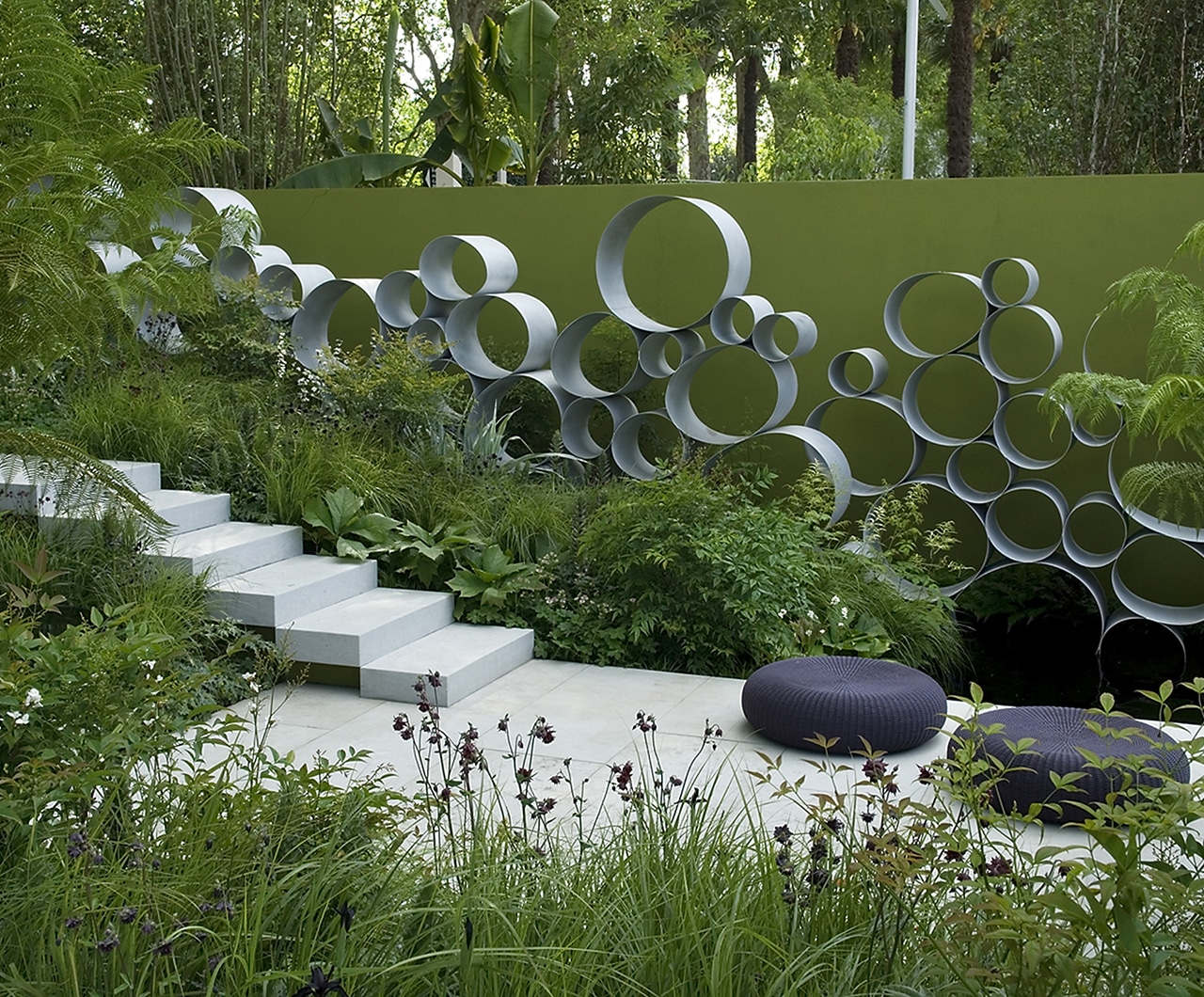 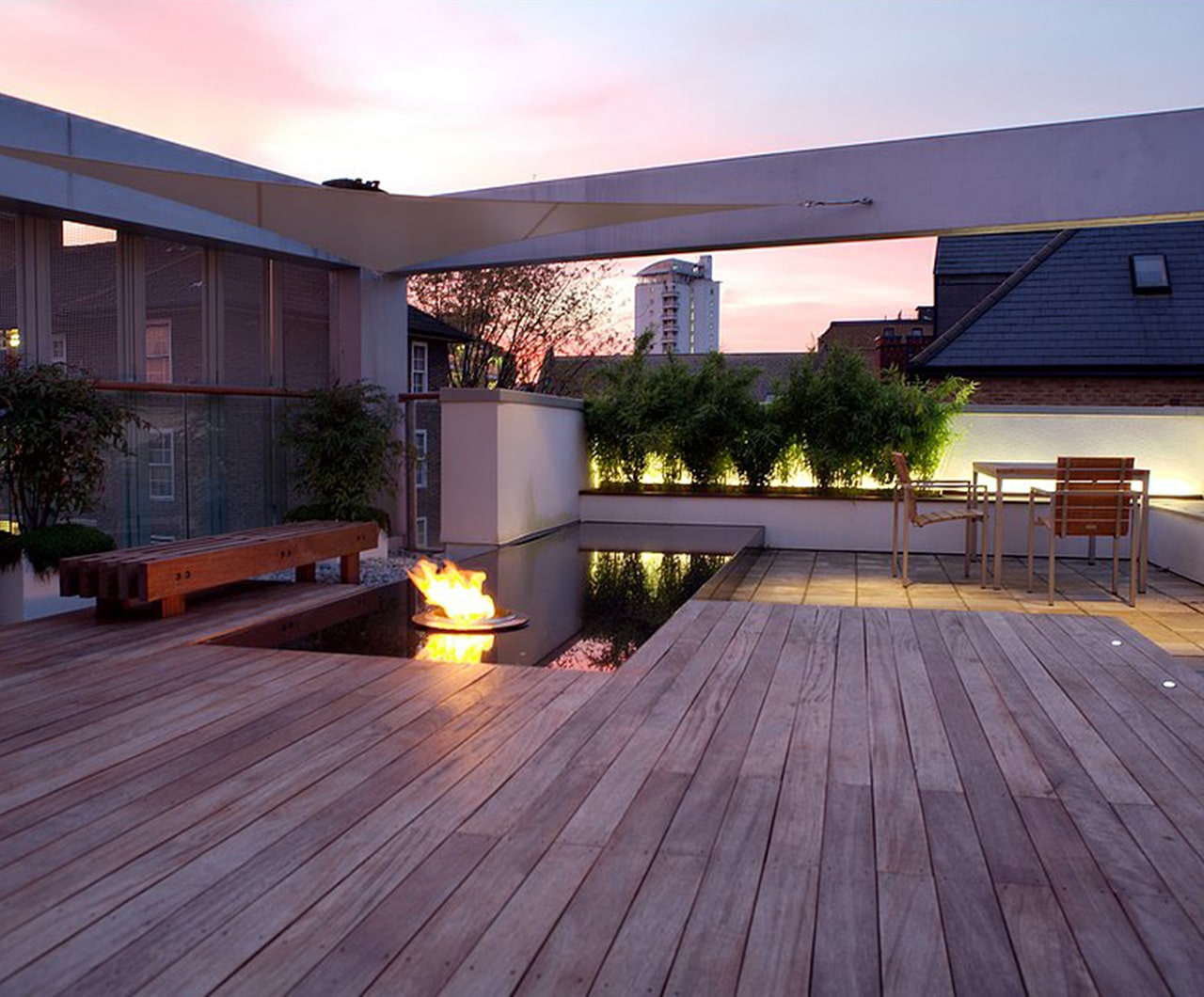 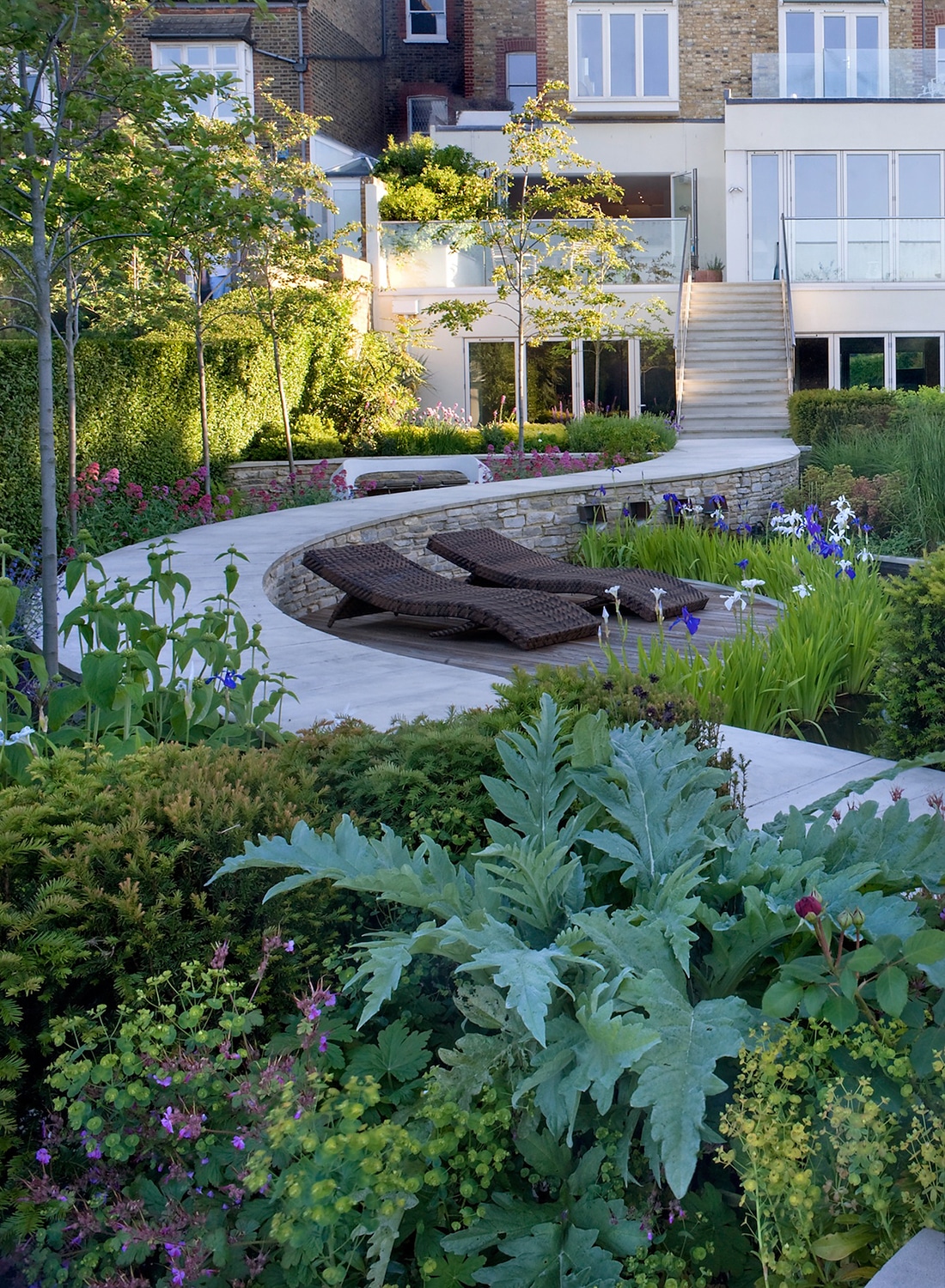 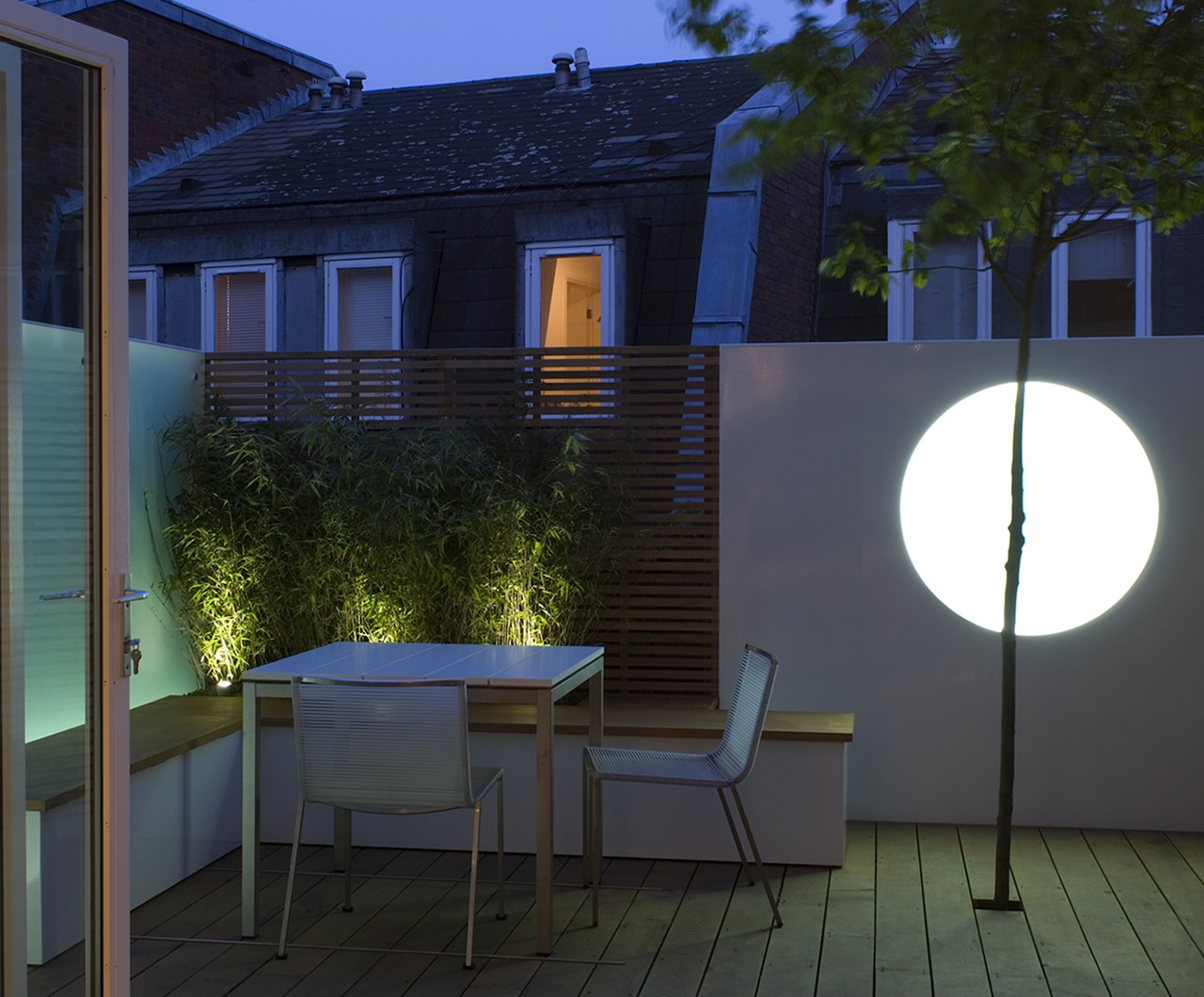 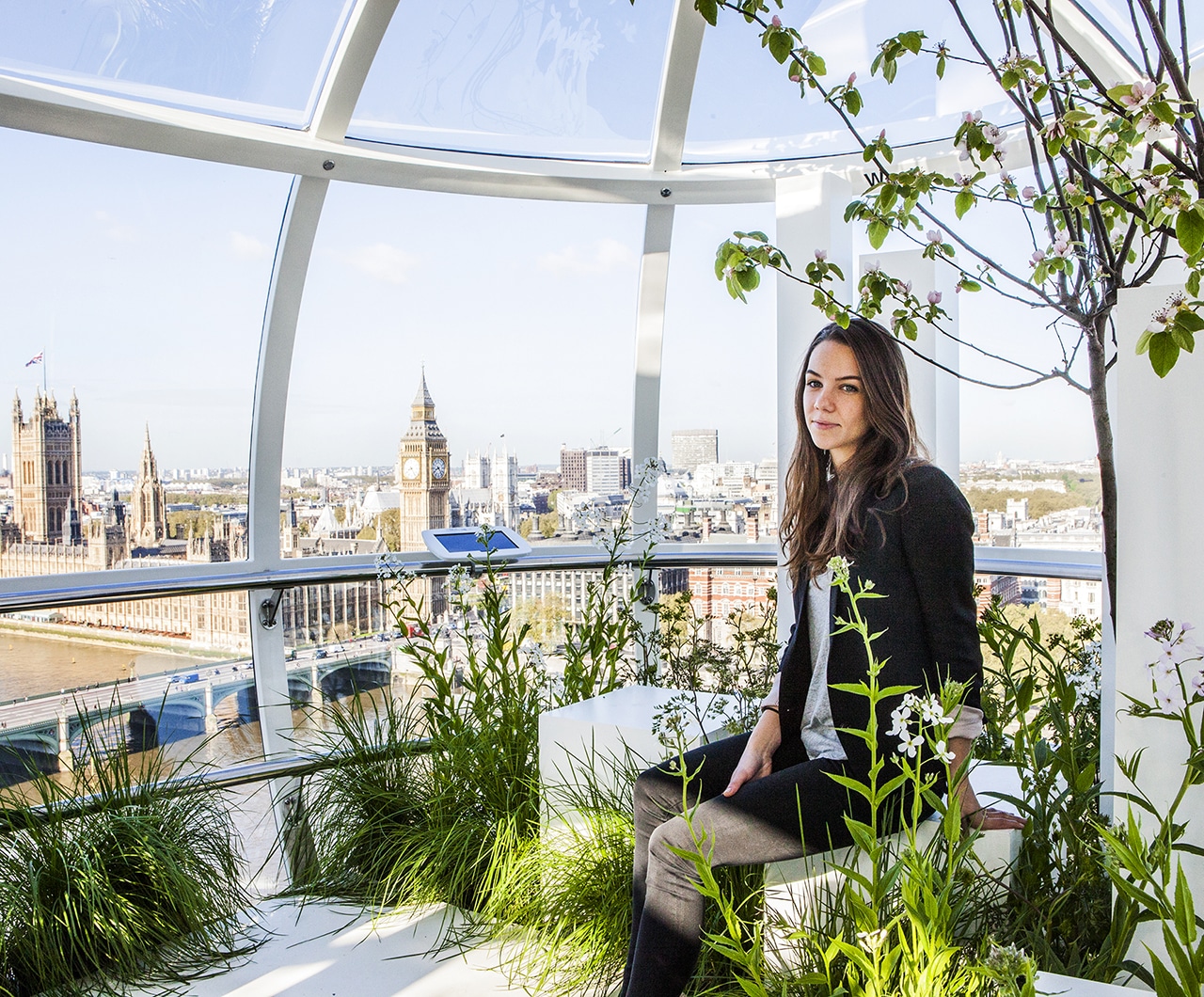 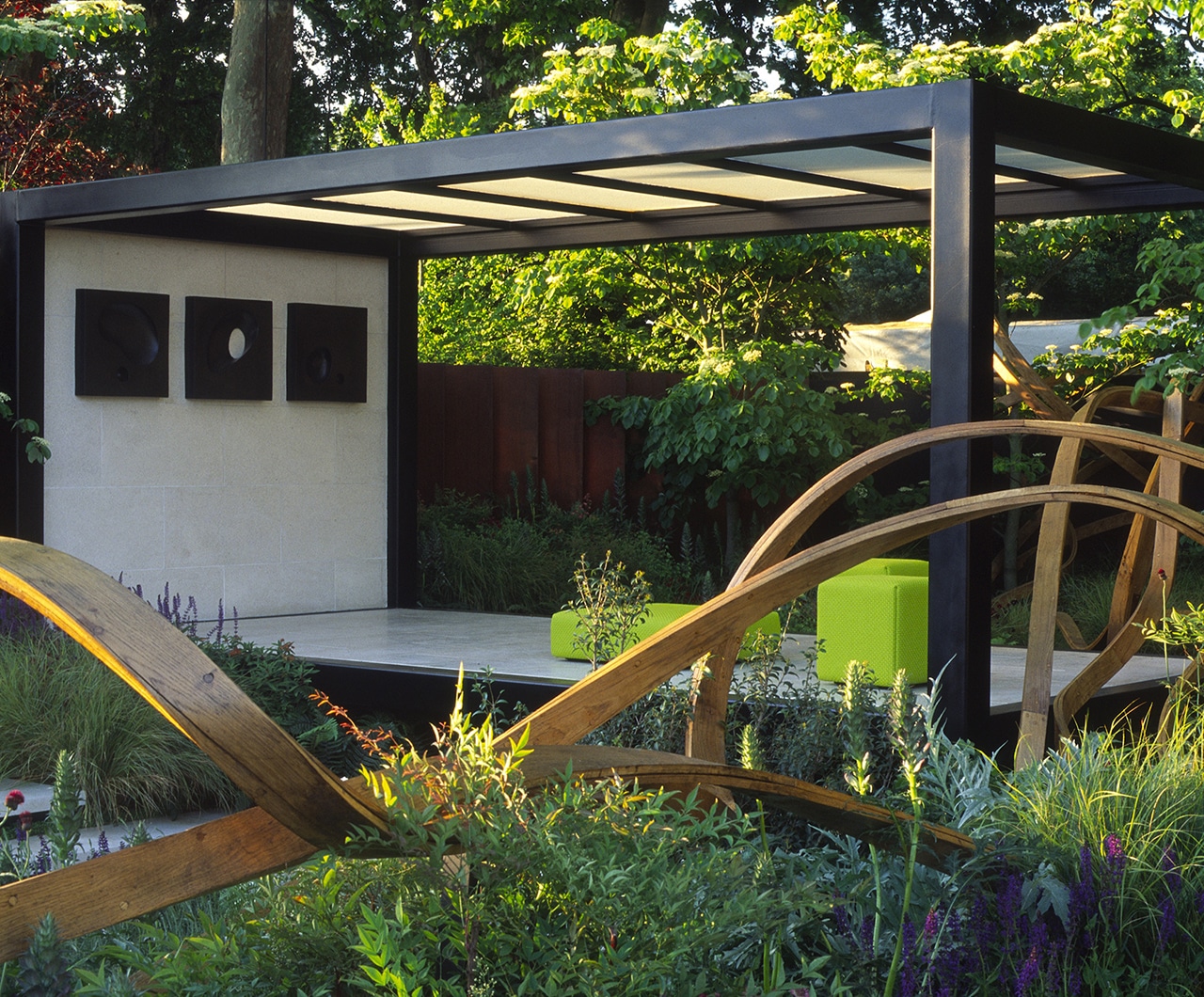 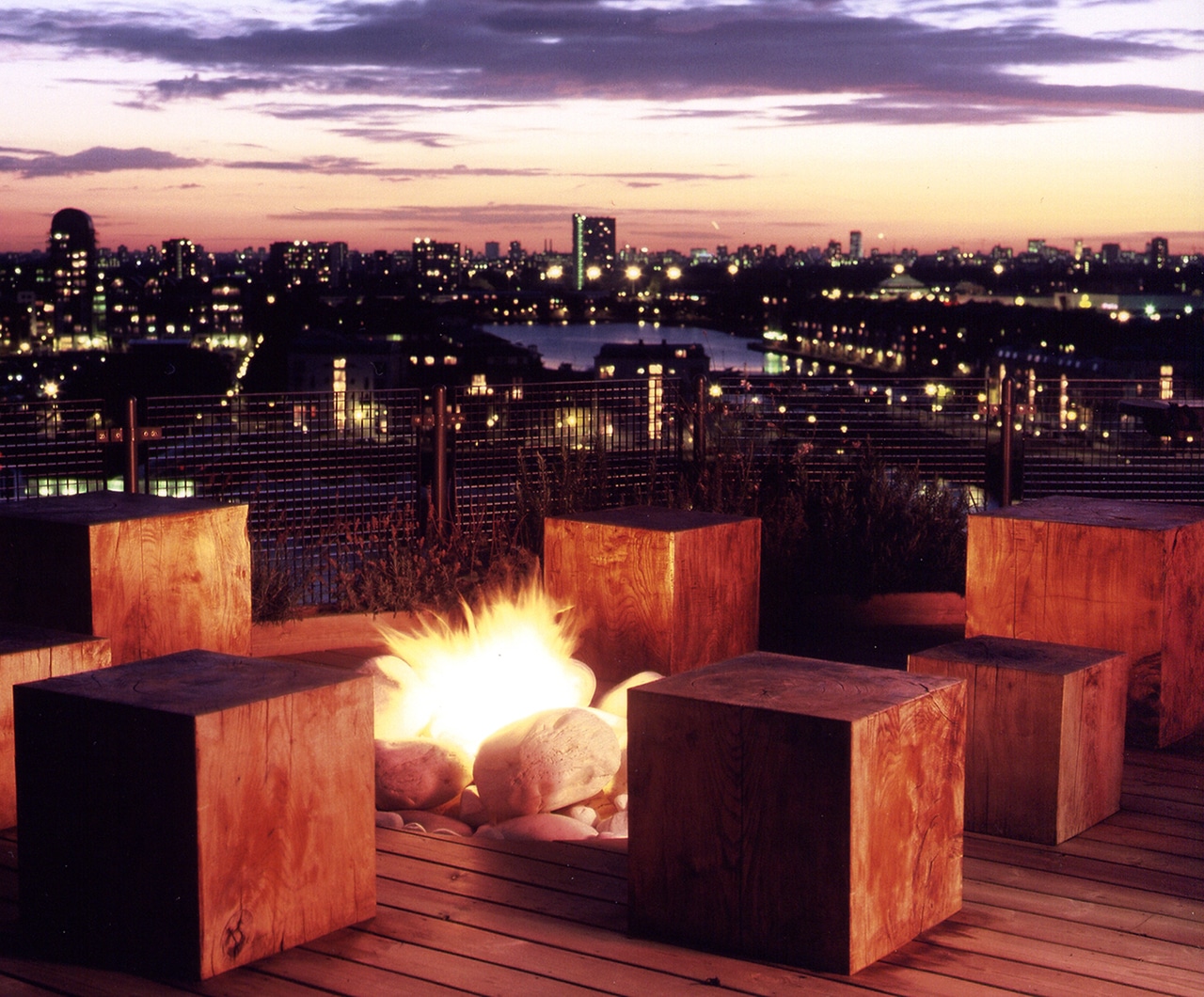 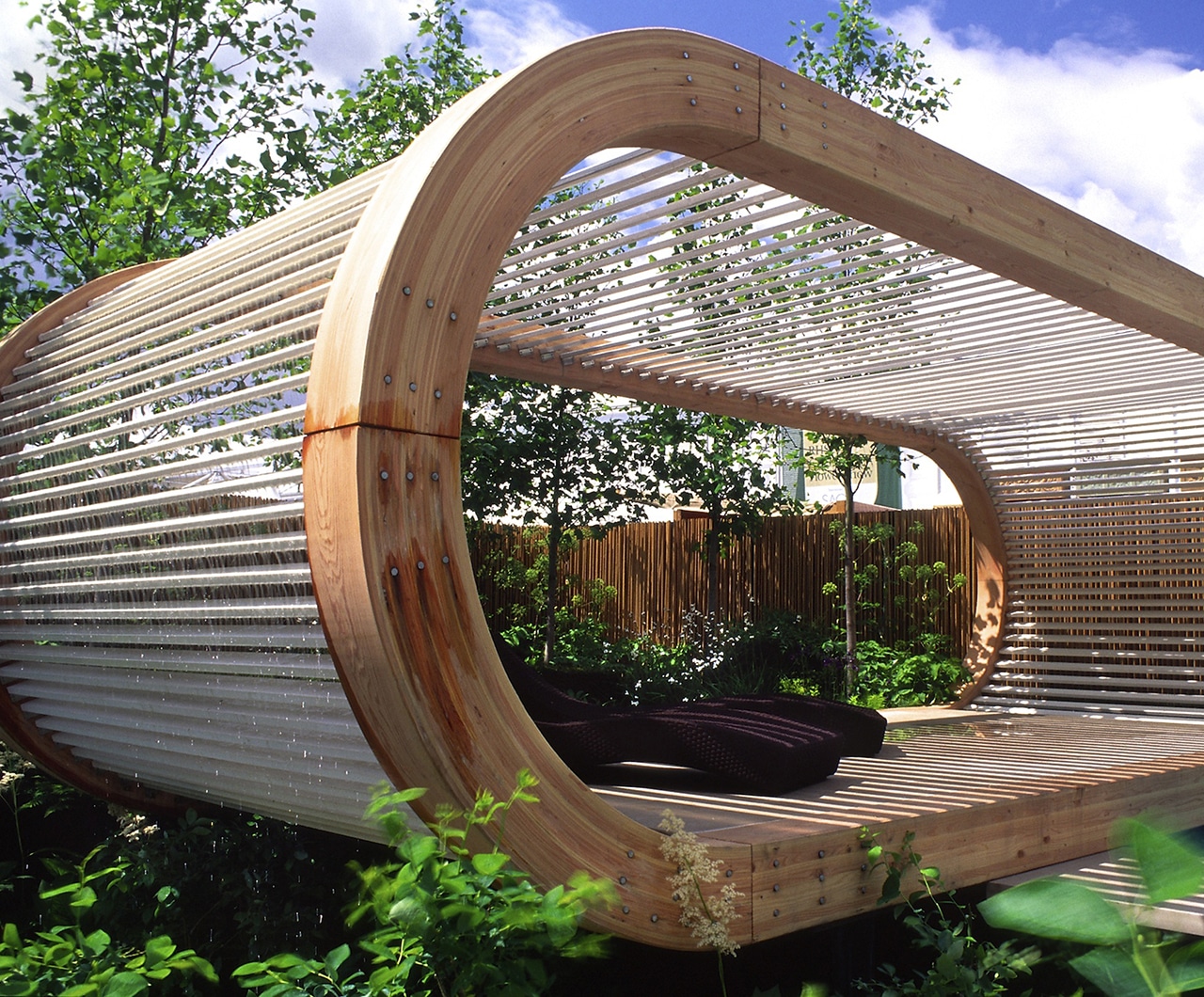 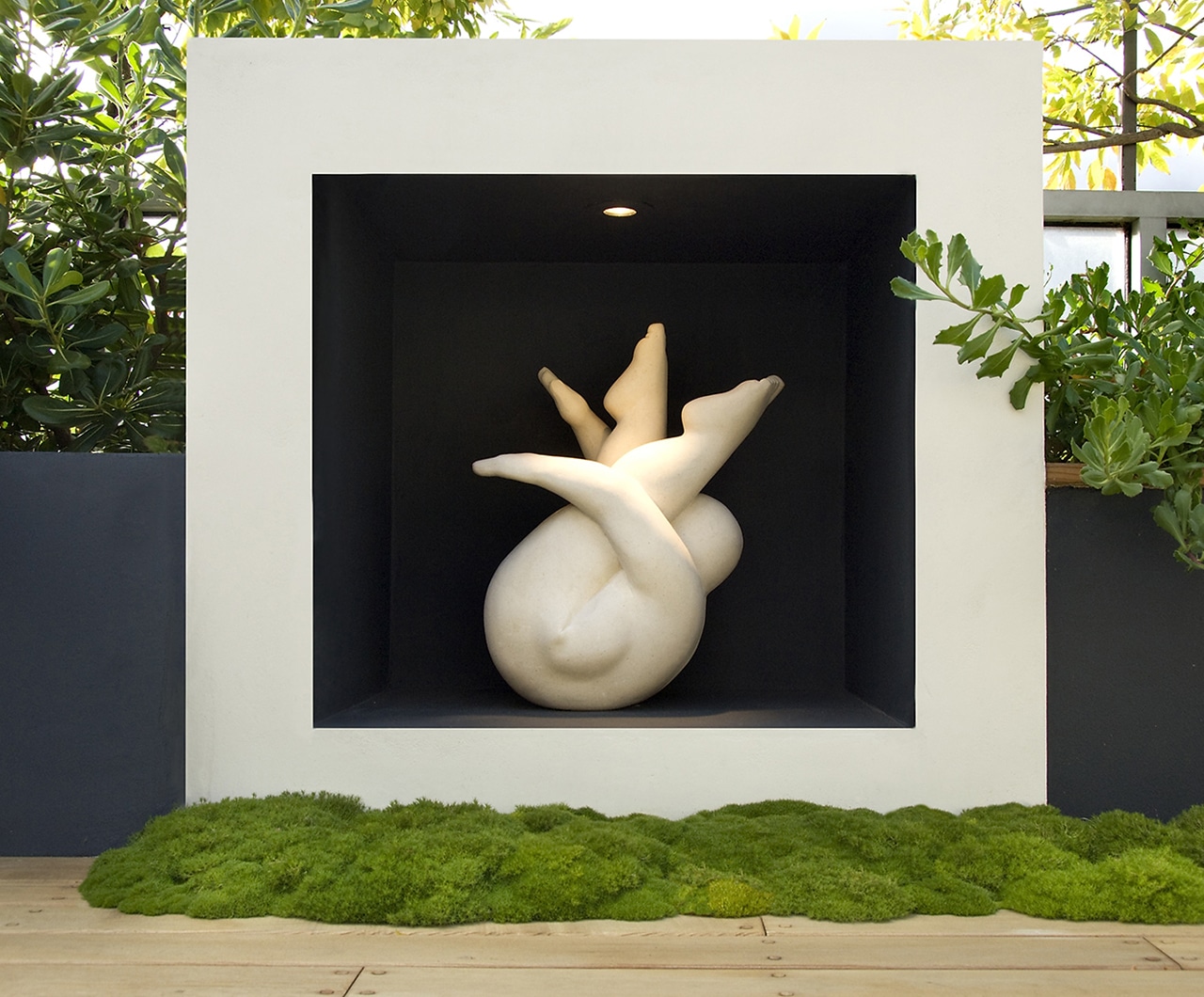 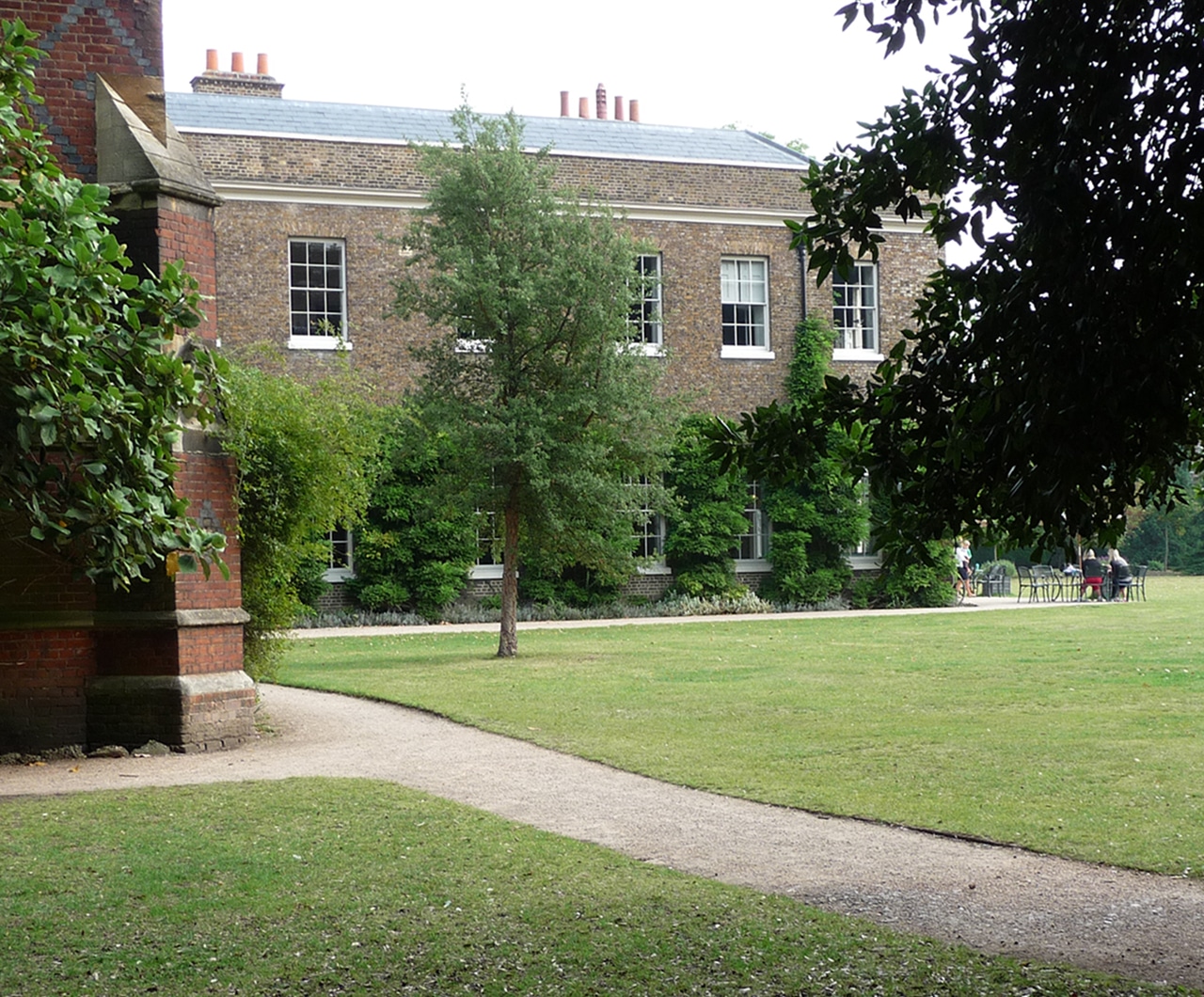 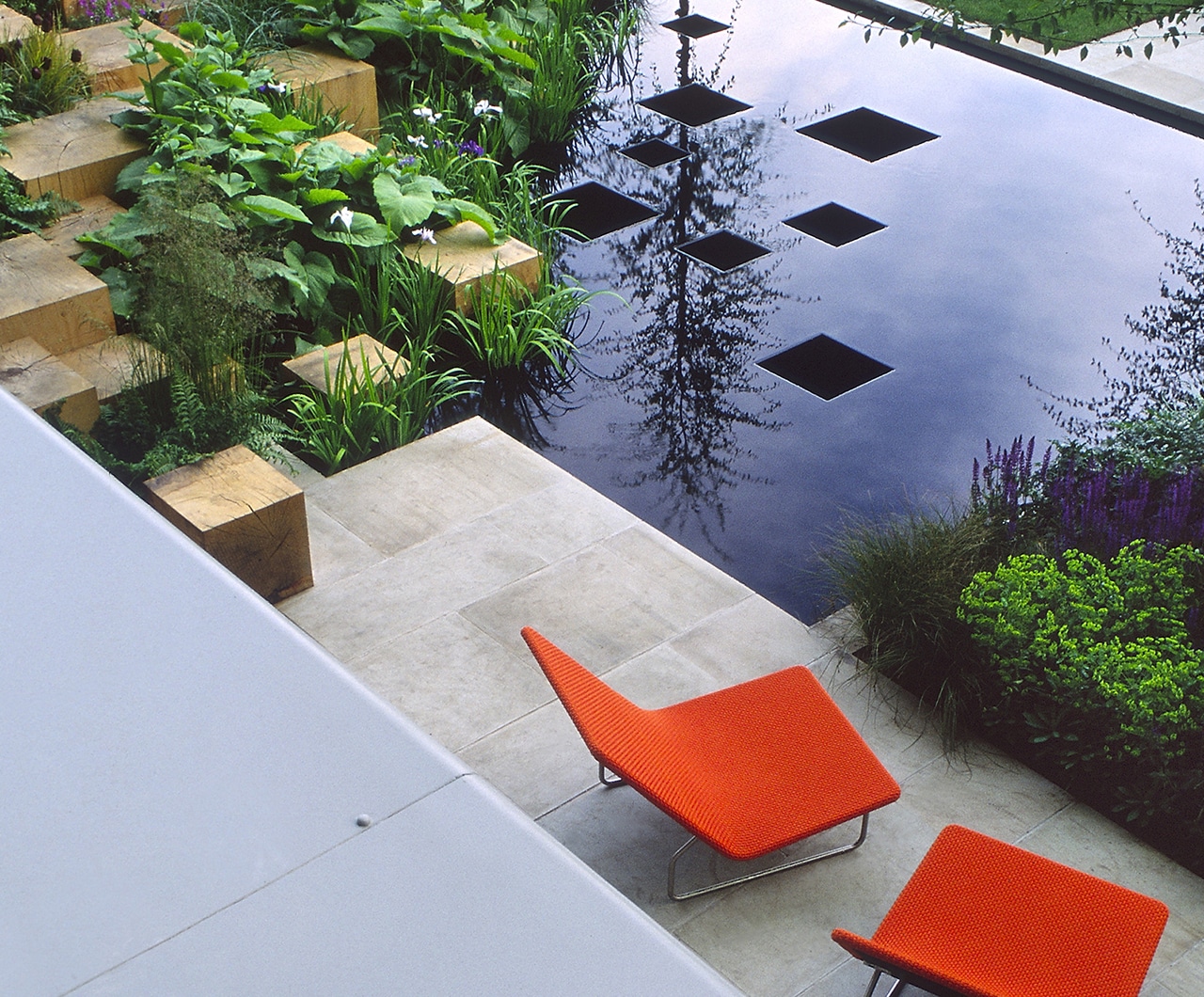 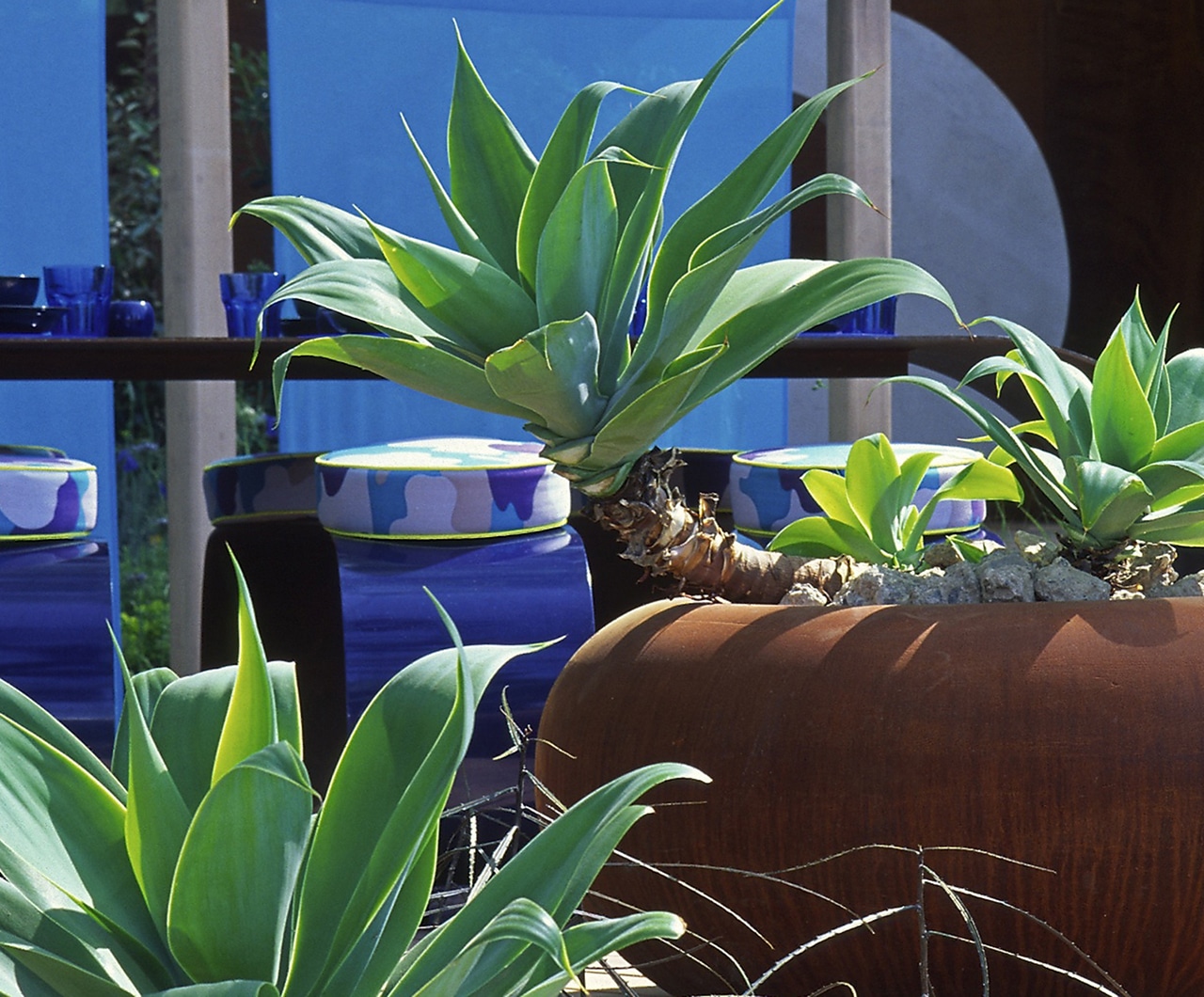 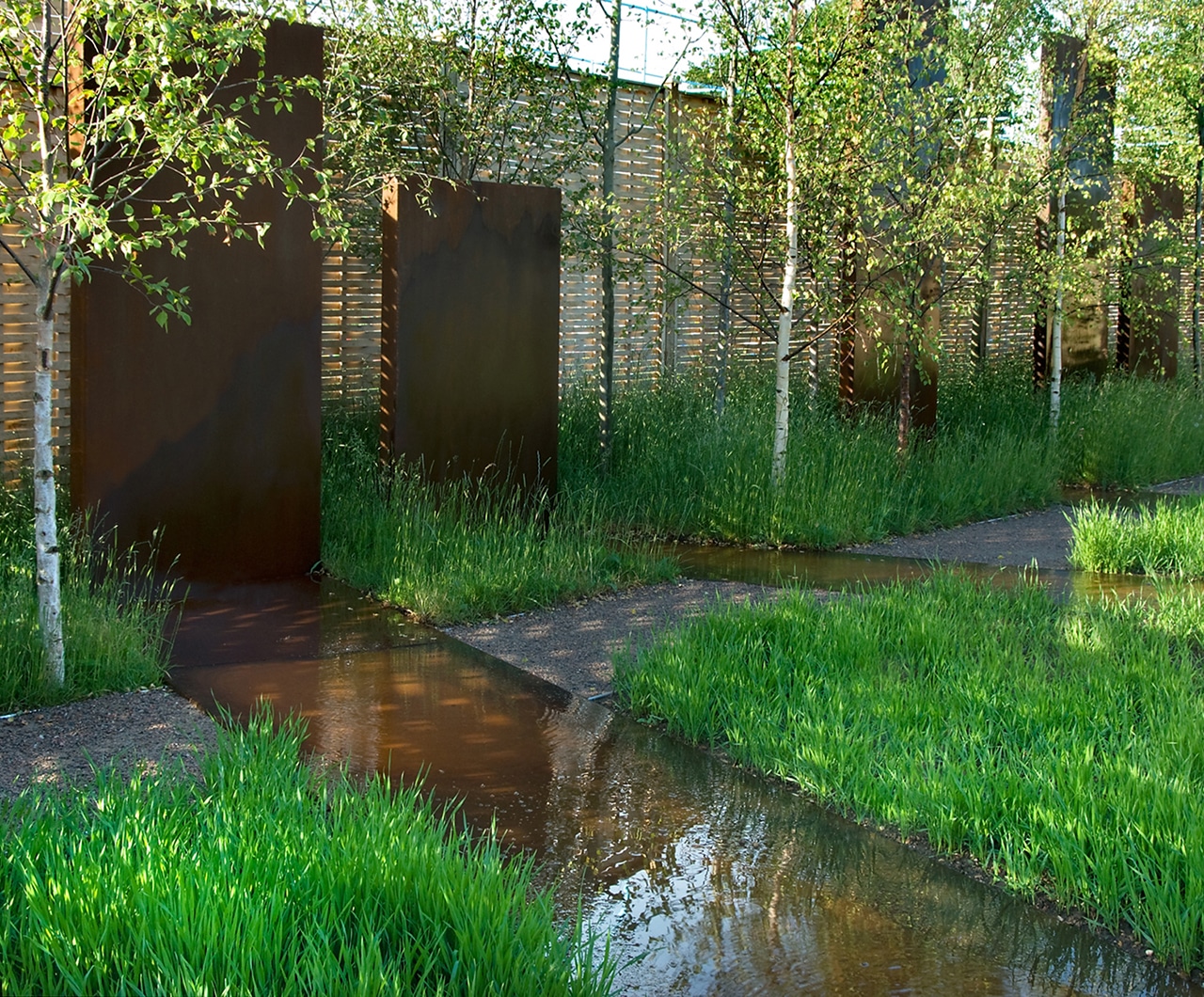 About Andy Sturgeon & his team

Andy surrounds himself with a highly skilled and inspirational team of landscape architects and garden designers. The exceptional ‘dream’ team have built a global reputation working on numerous high-profile garden projects across the world.

In London, commissions include Earls Court, St John’s Wood Square, the rooftop gardens at Battersea Power Station and the communal garden for the prestigious Merchant Square development in Paddington.

Before graduating from the Welsh College of Horticulture in 1987, Andy worked at The Royal Horticultural Society Garden at Wisley, and as a landscape gardener. Andy’s first job fresh out of college was with the pioneering garden designer David Stevens.

After a long stint freelancing as a gardener, Andy followed his childhood dream and travelled to Madagascar. On his return he resumed his garden design career and began writing (the fresh, innovative and much revered book, Planted), produced newspaper columns and became a regular on TV.

Andy lectures and sits on judging panels for a broad range of design genres. He is a respected author, journalist and broadcaster.

Andy has travelled extensively in order to observe gardens and plants in their natural habitats and has a deep understanding of biodiverse plants from around the world, with incredible knowledge on those that thrive in the UK climate. Travel highlights include a plant hunt in Madagascar and a seed collecting expedition in Kenya for the Millennium Seed Bank.

Andy has worked on some of London’s unique residential developments, urban rooftop gardens and the city’s public spaces. His designs enhance property views and incorporate a diverse palette of blossoming trees, shrubs and integrated artwork. Recent projects include, 21 Moorfields in the City of London, Hammersmith and Fulham’s Lillie Square, and St John’s Wood Square.

Andy has an extraordinary ability to see the bigger picture. He fuses traditional materials and contemporary styling to create a mesmerising atmosphere in outdoor spaces, showcasing breathtaking planting schemes and harmonious sculptures.

Andy Sturgeon is a prestigious, multi-award-winning garden designer with an impressive portfolio. Achieving eight Gold medals and three times winner of ‘Best in Show’ at the RHS Chelsea Flower Show, Andy holds an impressive number of prestigious awards, including a place in both The Sunday Times and Garden Magazine’s Top Ten list of landscape designers in Britain.

He has received Gold Awards from Singapore, Korea, Philadelphia, and the American Association of Professional Landscape Designers. Other accolades span Health Care, Lighting and Swimming Pool Design with Principal Awards from the British Association of Landscape Industries (BALI). 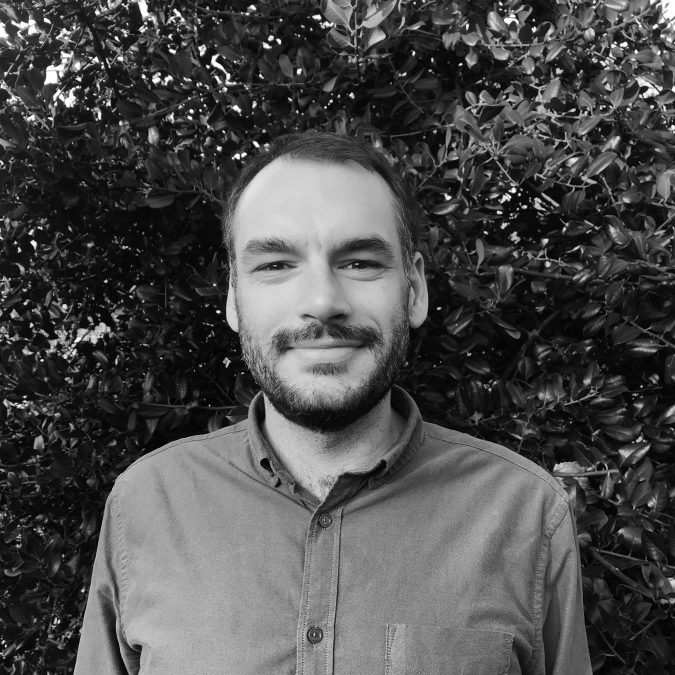 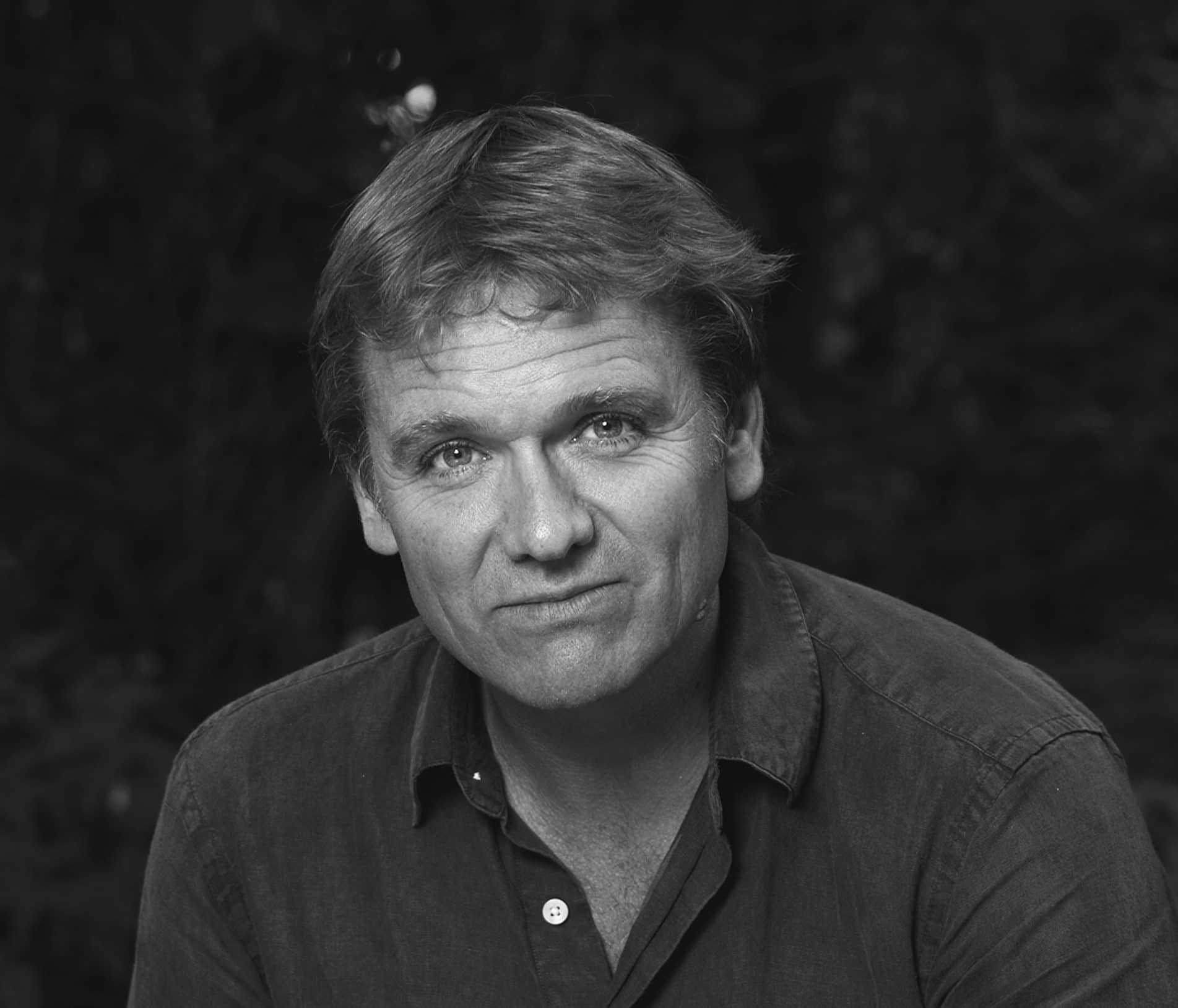 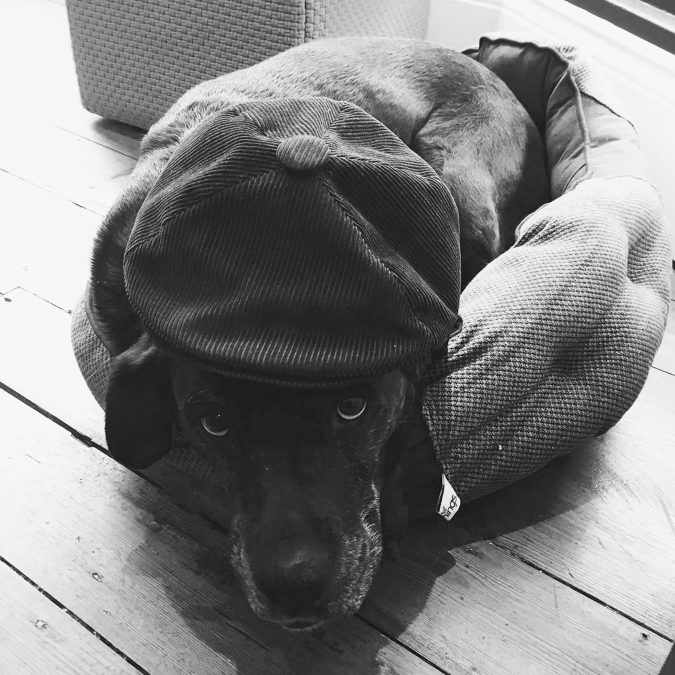 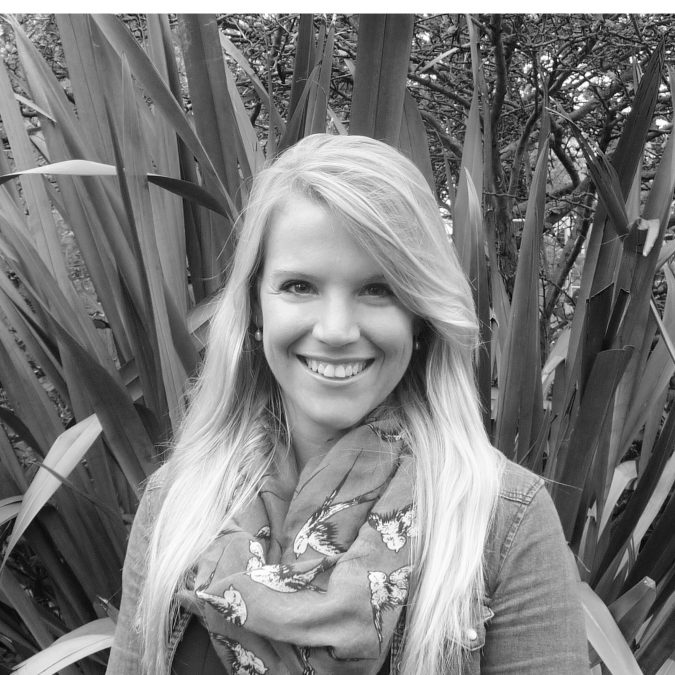 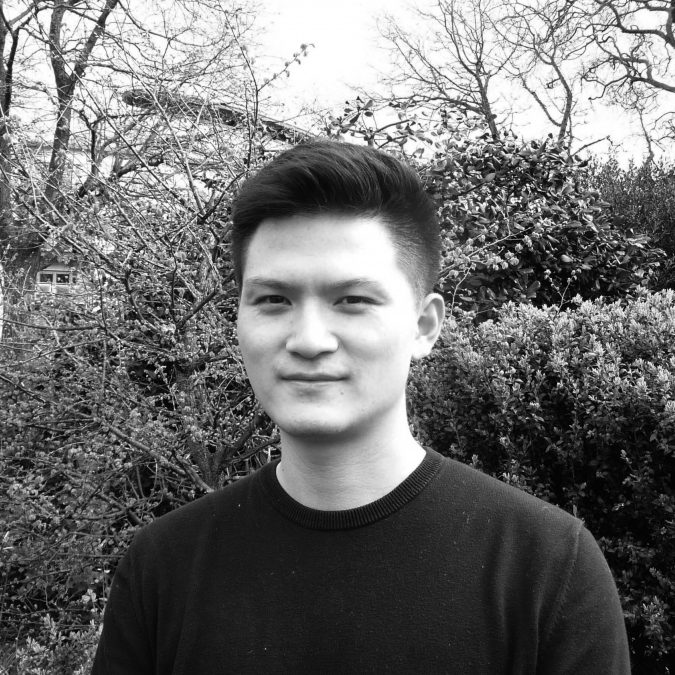 The process begins by spending time on site with you, the client, to draw out the essence of the garden space. Following this, I develop a written brief detailing the project with costs and an explanation of how the process will work. This is presented in a bound document. I am personally involved in every garden we create.

Level changes, buildings, trees, utilities and services all need to be recorded by a professional surveyor to inform the basis of the design. At this stage, I also return to the site to carry out a full photographic survey and analysis, which feeds into the design concept. My fees do not include the cost of a professional surveyor, but I can arrange this service on your behalf.

I make a presentation of the proposed scheme. This is an extensive A3 book with everything needed to convey how the finished garden will look, including hand drawn sketches, 3D visuals, CGIs, precedent photos, and plans. This is the first visualisation of your garden. It is a discussion document, which allows you to change any features you aren’t happy with and evolve the design. I charge a fixed fee for the design concept.

I produce detailed planting plans and specifications. This step forms part of the detailed design package. If you prefer to be closely involved with the planting design, I will work closely with you. It doesn’t matter whether you very little about plants.

Each scheme is tendered out to two or three reputable landscape contractors whom I have worked with previously. They receive a full drawing package, bills of quantities and specifications. Following a site visit, the landscape contractors provide an itemised quotation, which I analyse to produce a written tender report detailing any concerns and highlighting the merits of each.

Every new private project begins with a consultation for which there is a small fee. Due to the complexities and commitments of garden design, unfortunately we are unable to work on projects with a construction value of less than £100,000.

If you require information about our projects, or if you have any press enquiries, please contact marketing@andysturgeon.com.

If you are interested in career opportunities with us, please send a cv and portfolio to careers@andysturgeon.com.