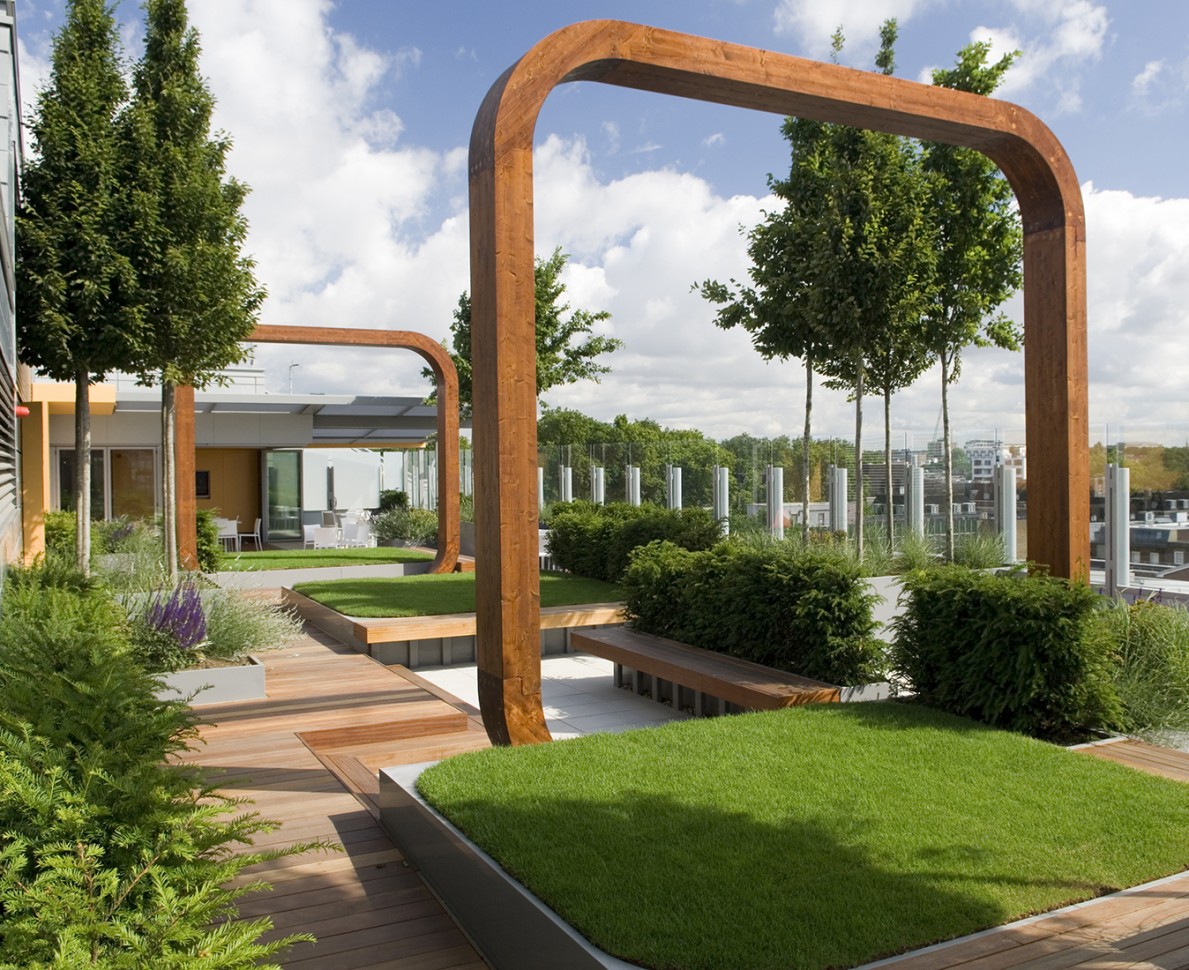 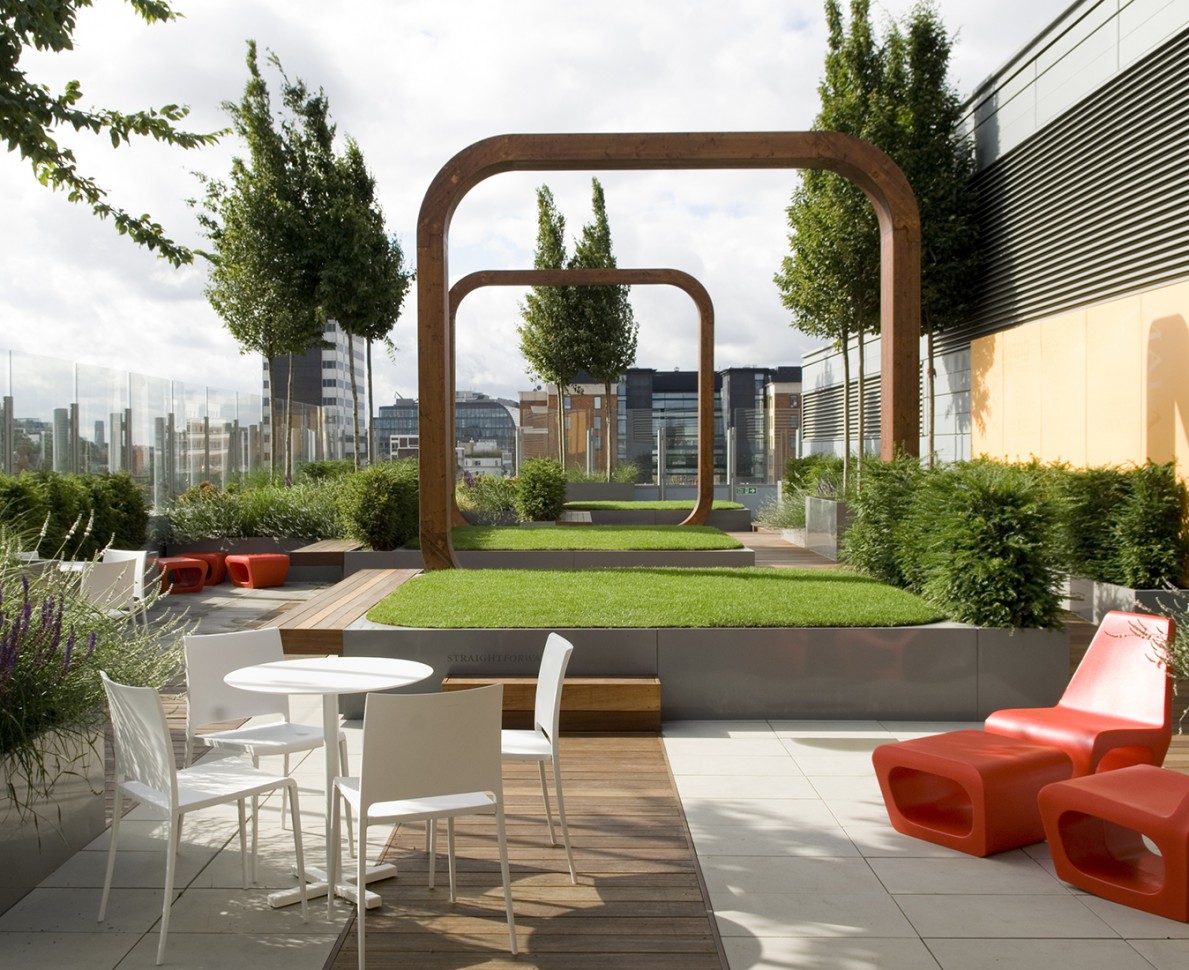 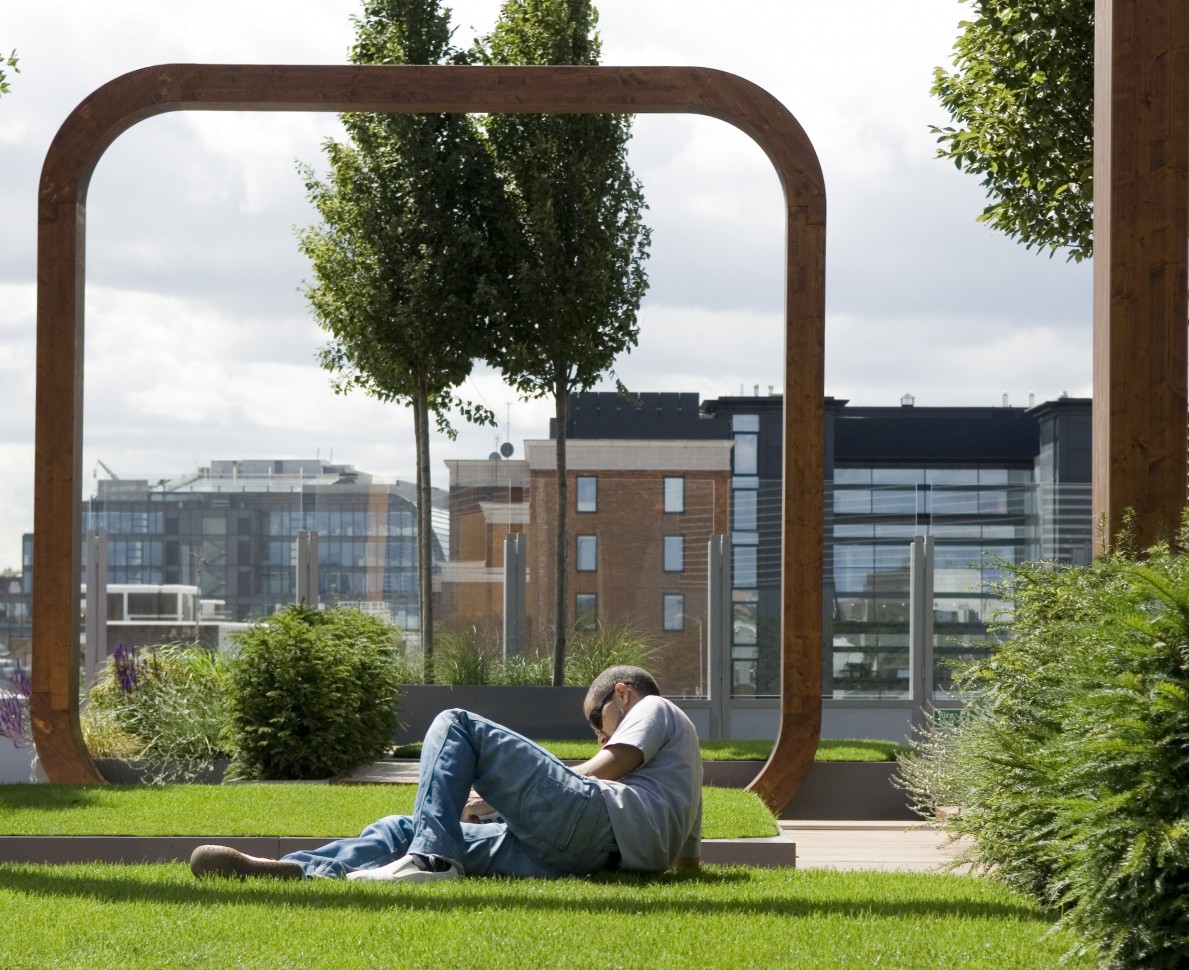 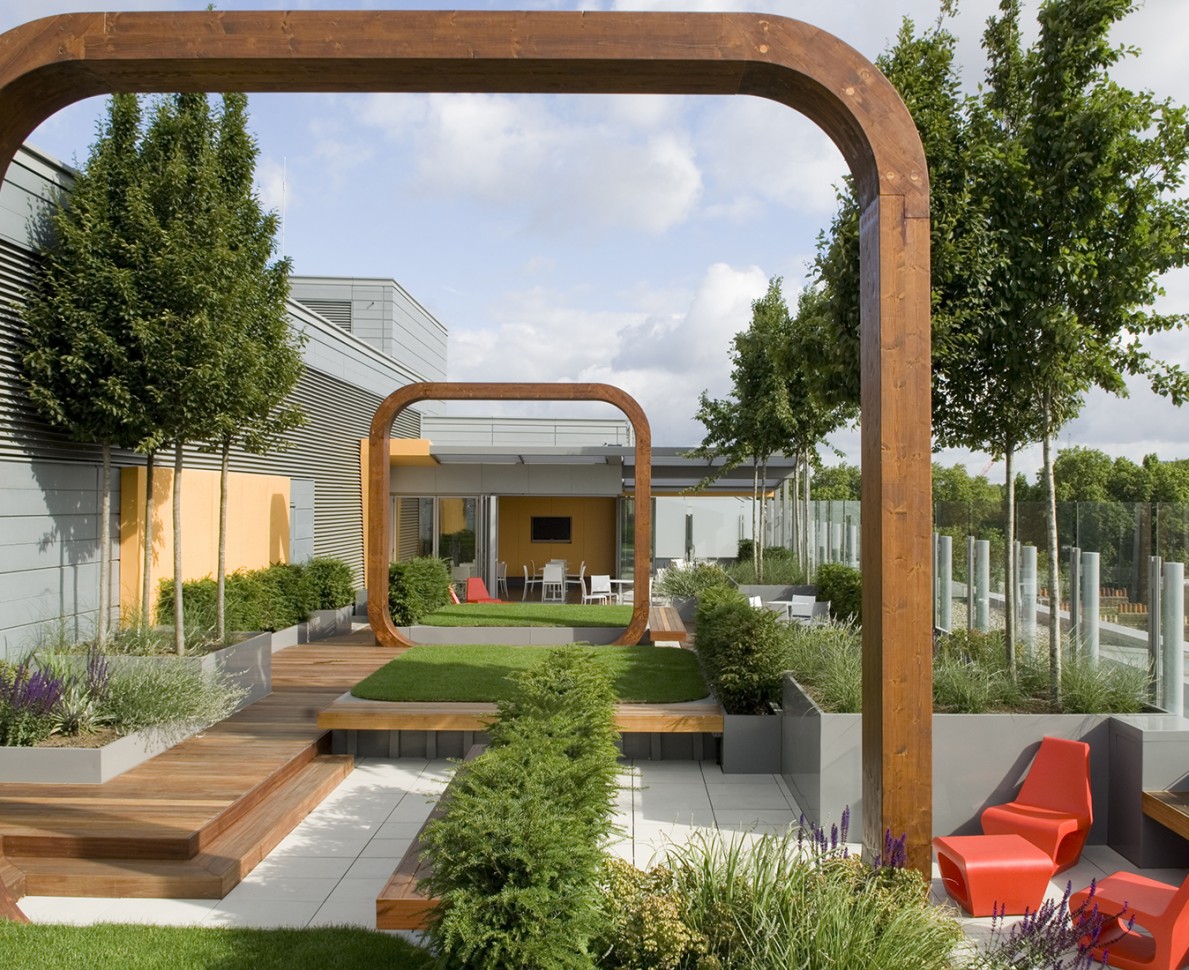 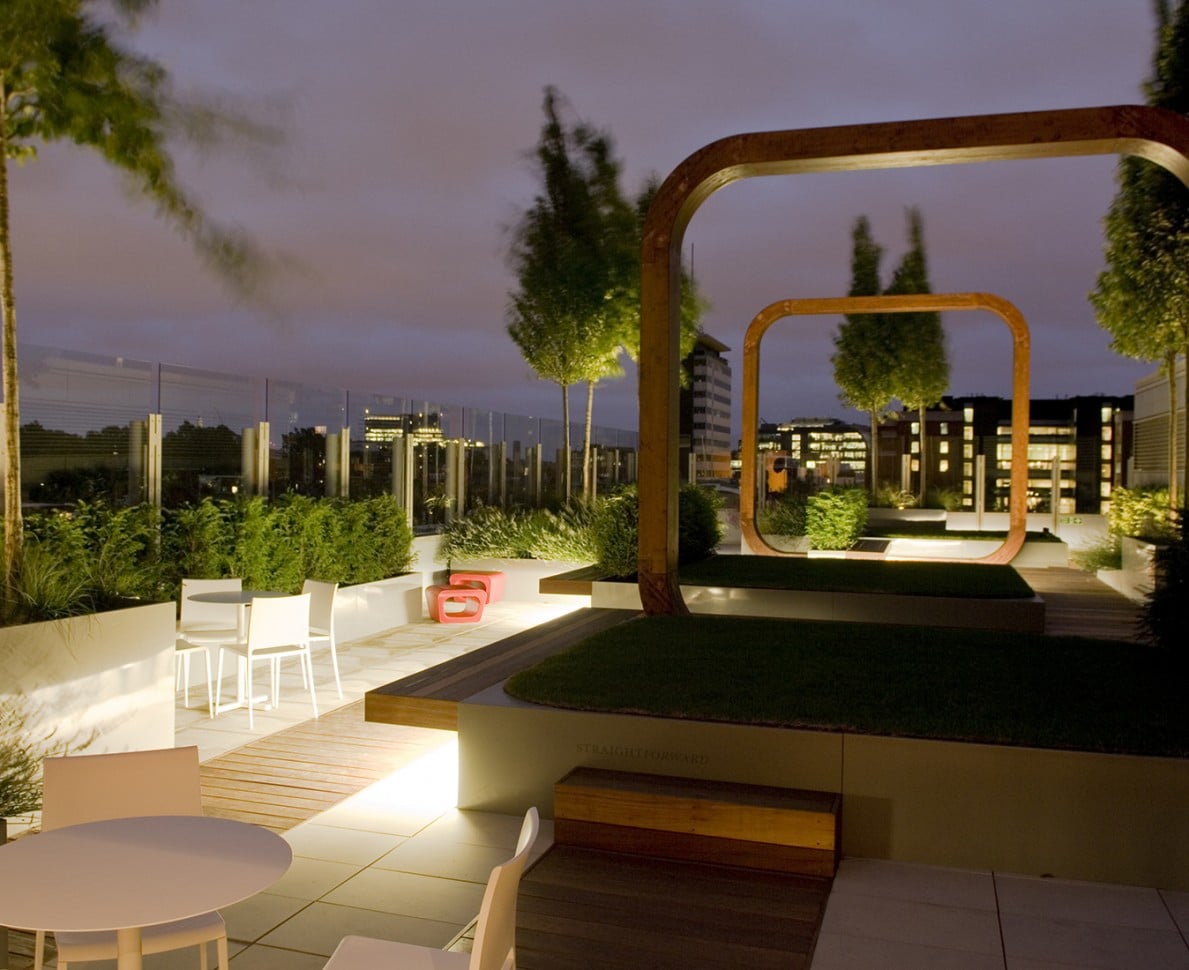 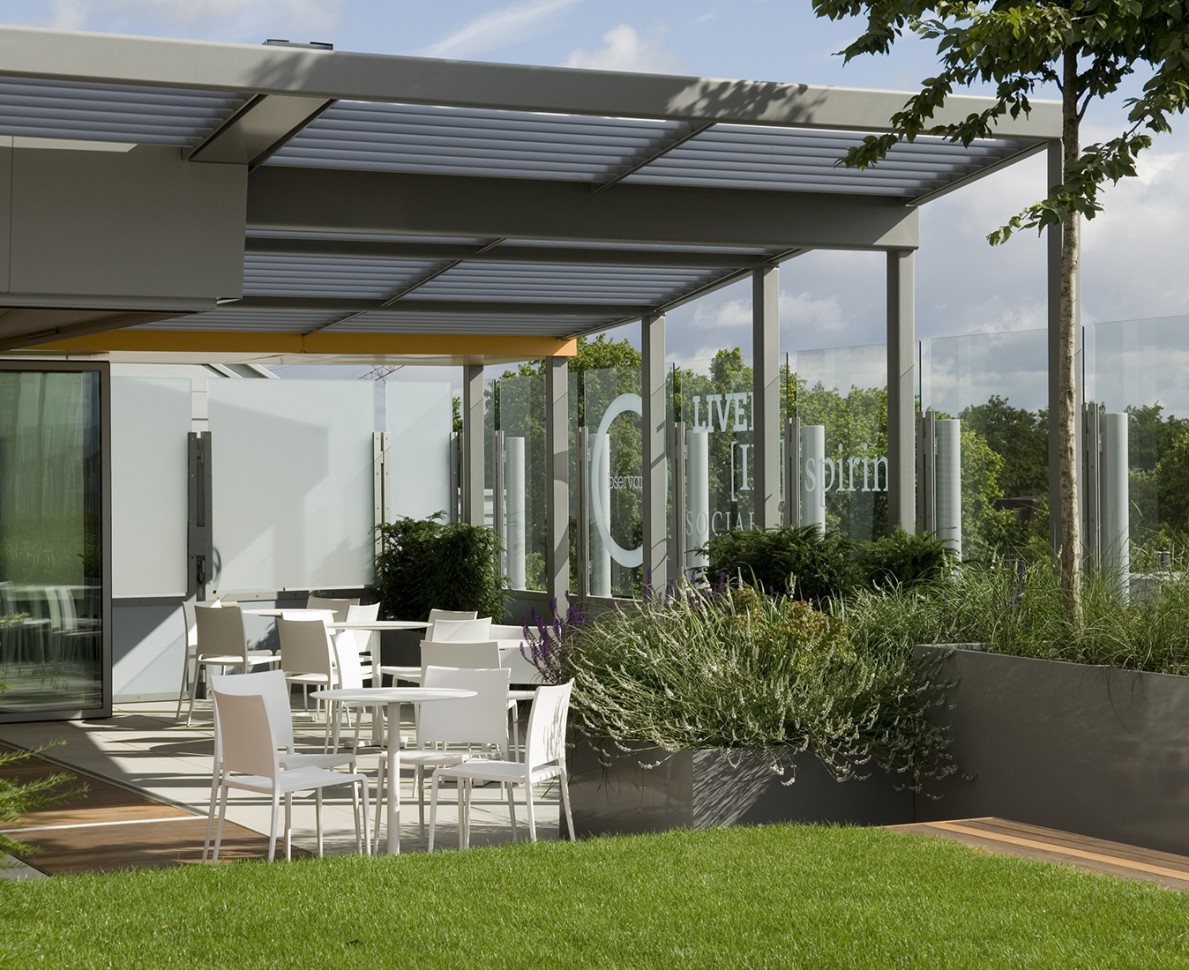 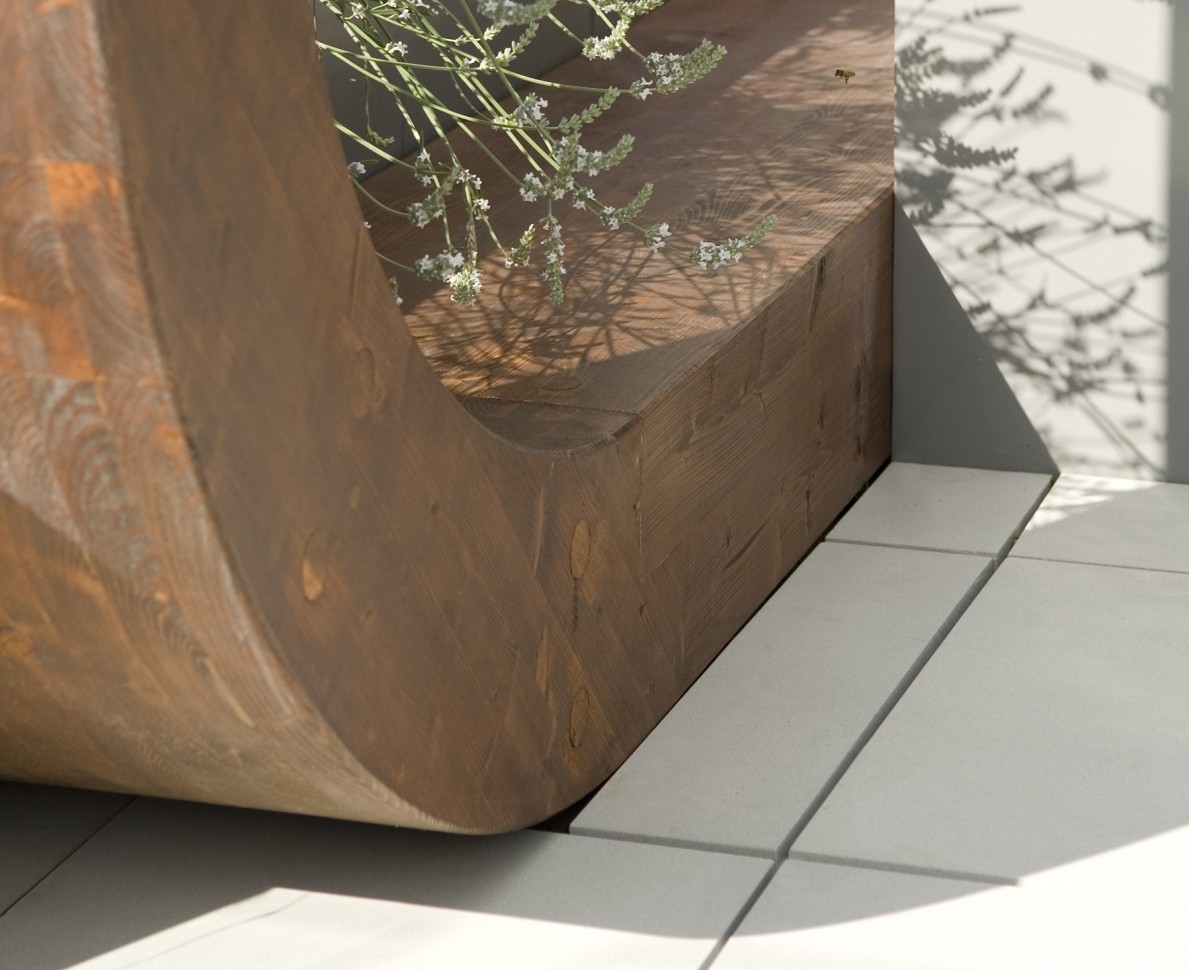 Previously the staff at the hospital had nowhere to escape from the pressured workplace environment. ASD were commissioned to create a calm, contemporary roof garden and I was keen that it became an antidote to the hospital environment and improved the working experience for the 3000 staff.

The challenge was to design a multifunctional space that could function 24 hours a day, 365 days a year and also offered the opportunity for contemplation and recognition of the victims of 7/7 bombings. We needed to simultaneously accommodate large groups of people and also individuals who wanted to escape and maybe read a book in peace and quiet. The result is a range of fully integrated semi private areas for sitting, relaxing, socialising and eating and the ability to host functions.