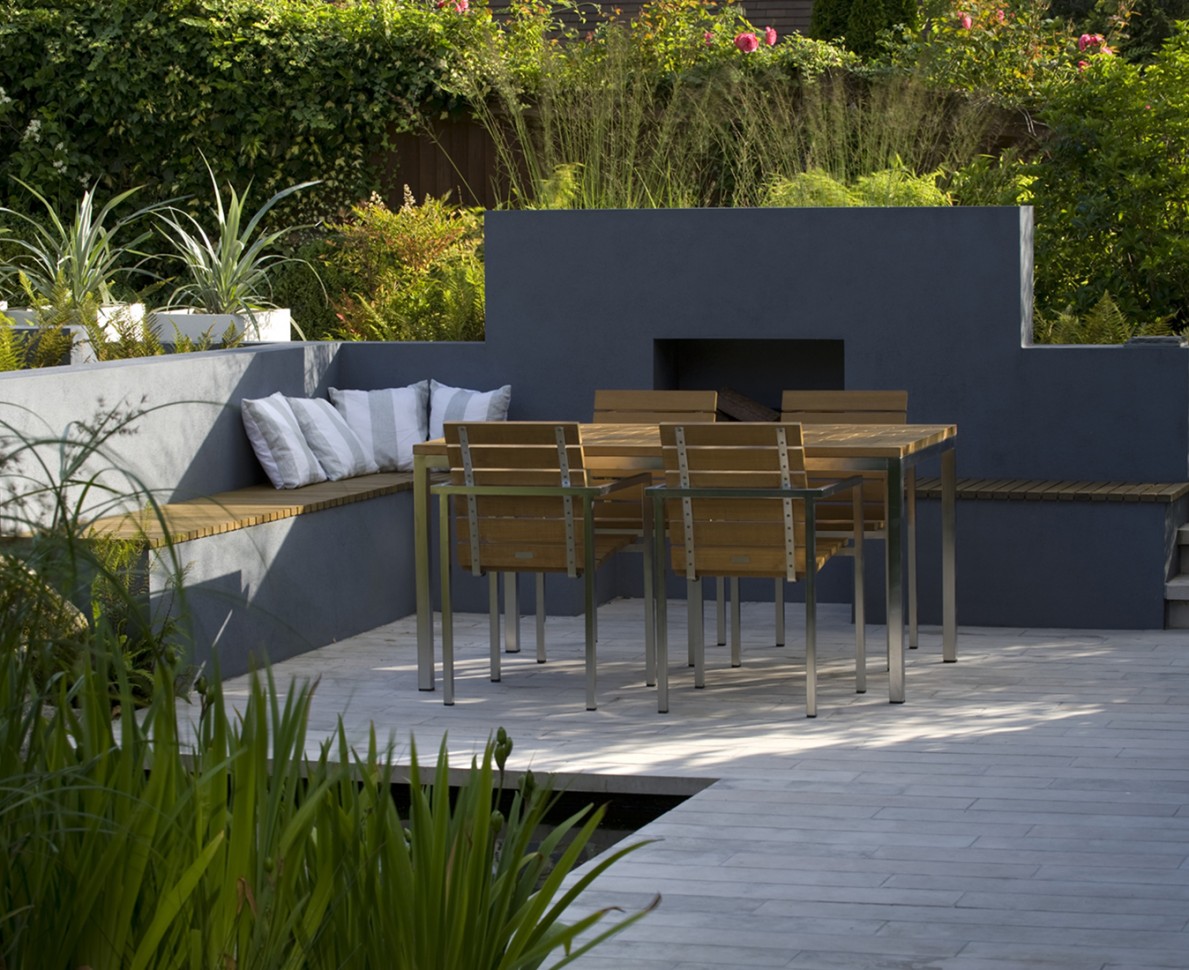 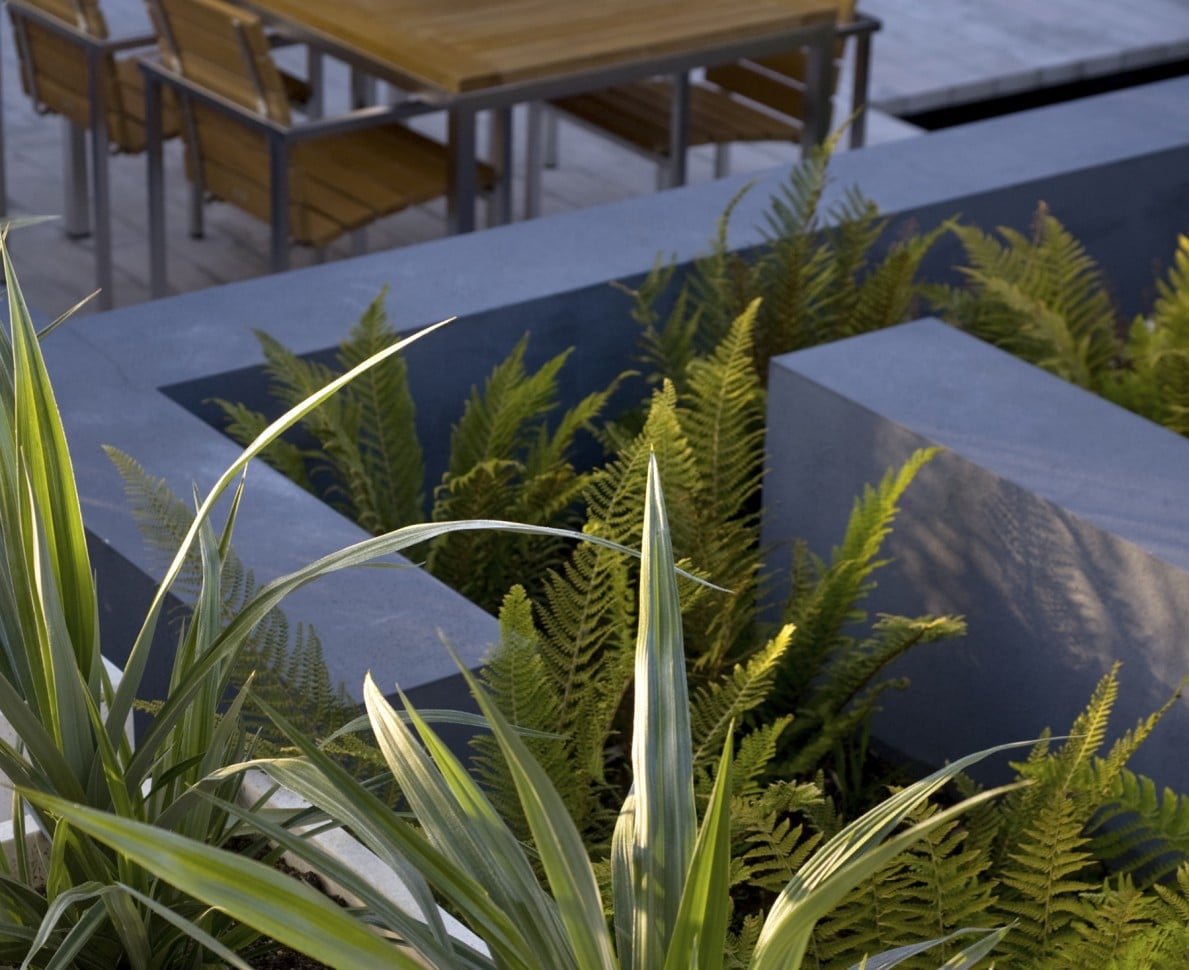 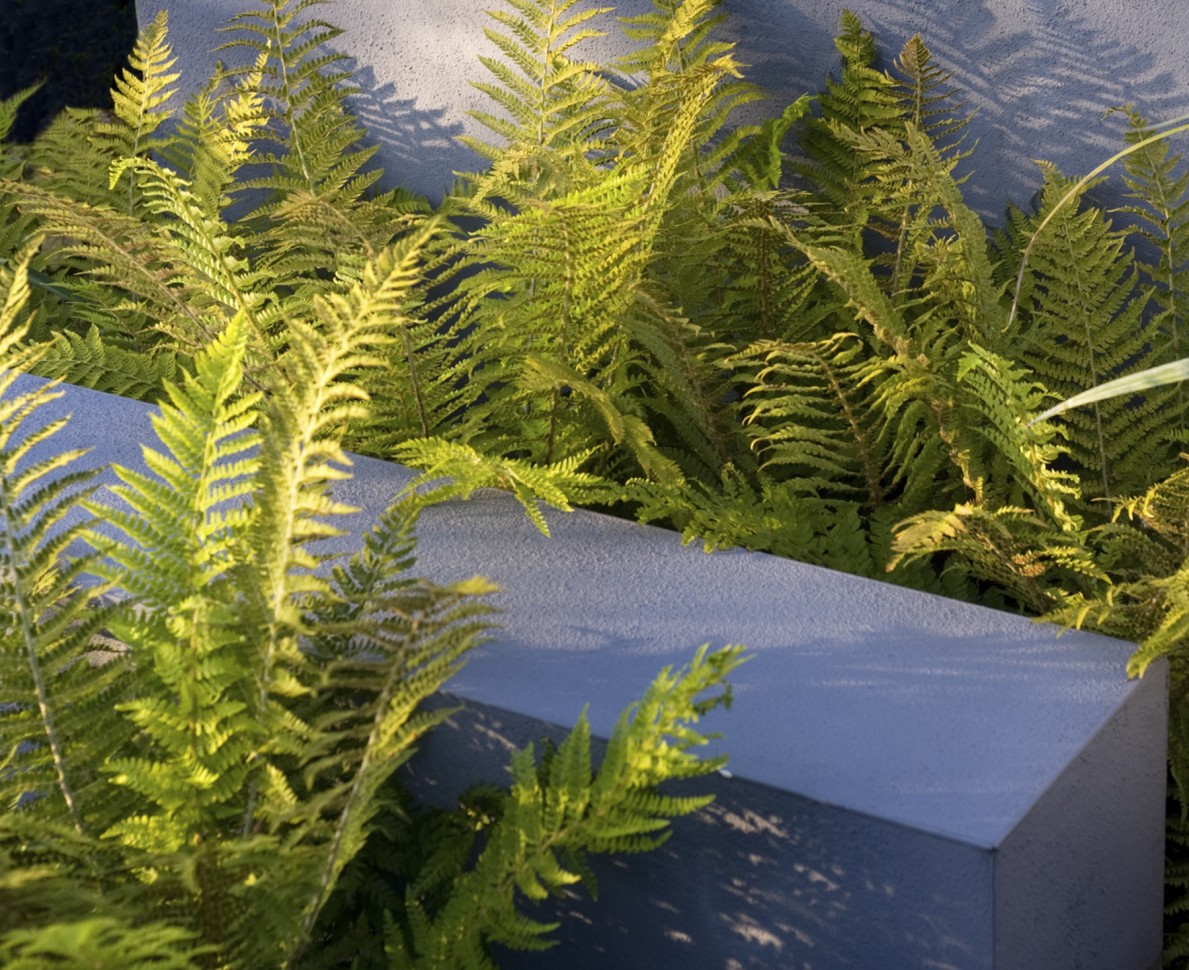 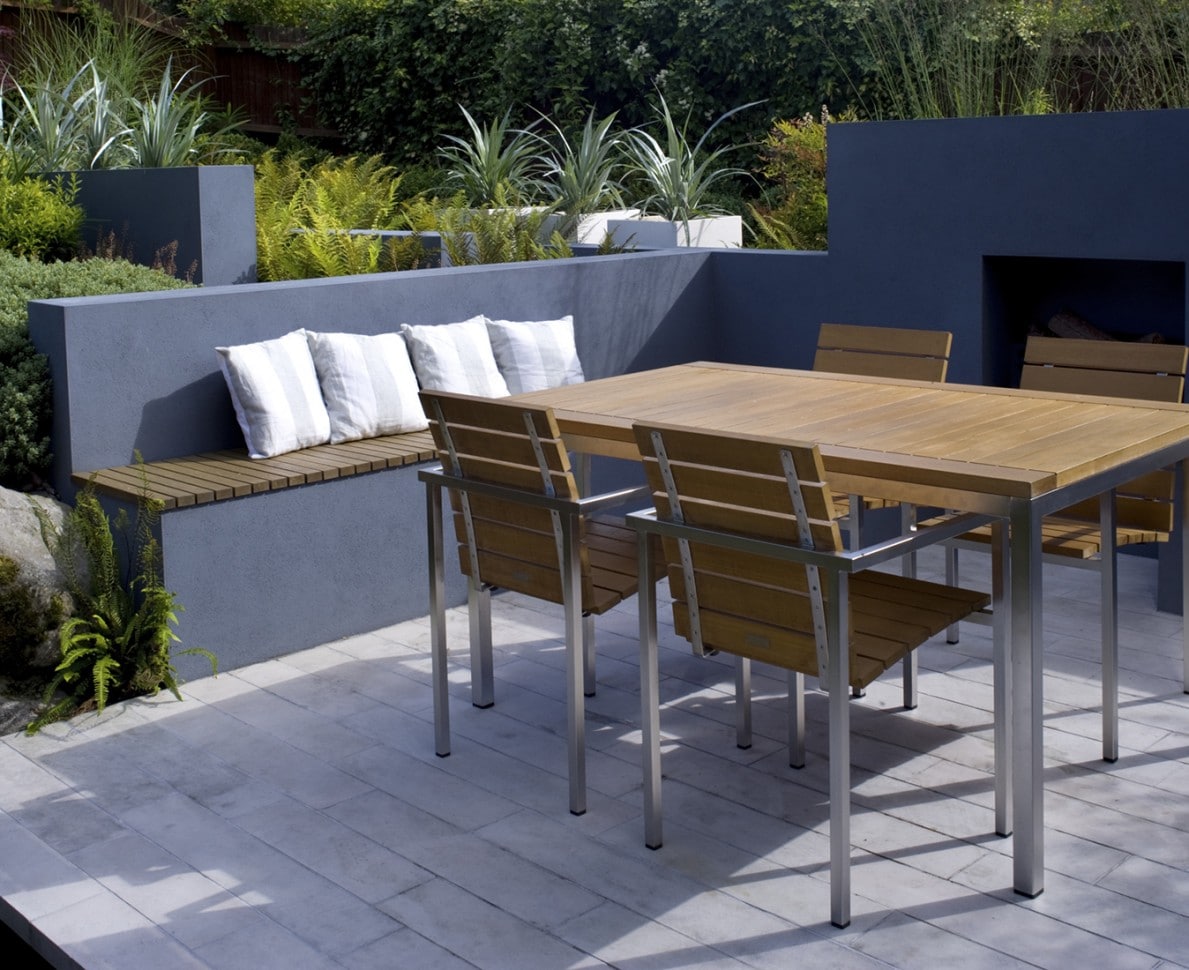 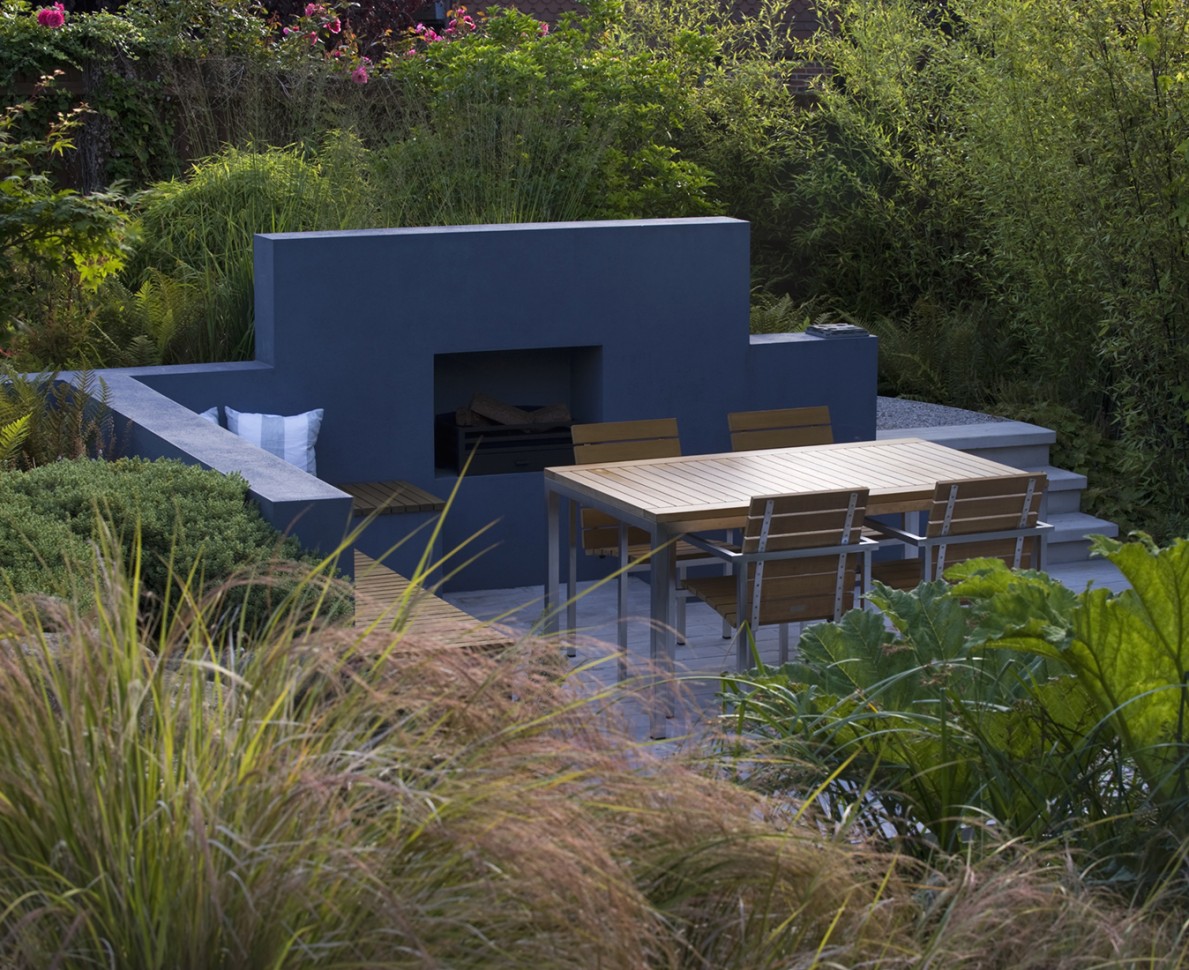 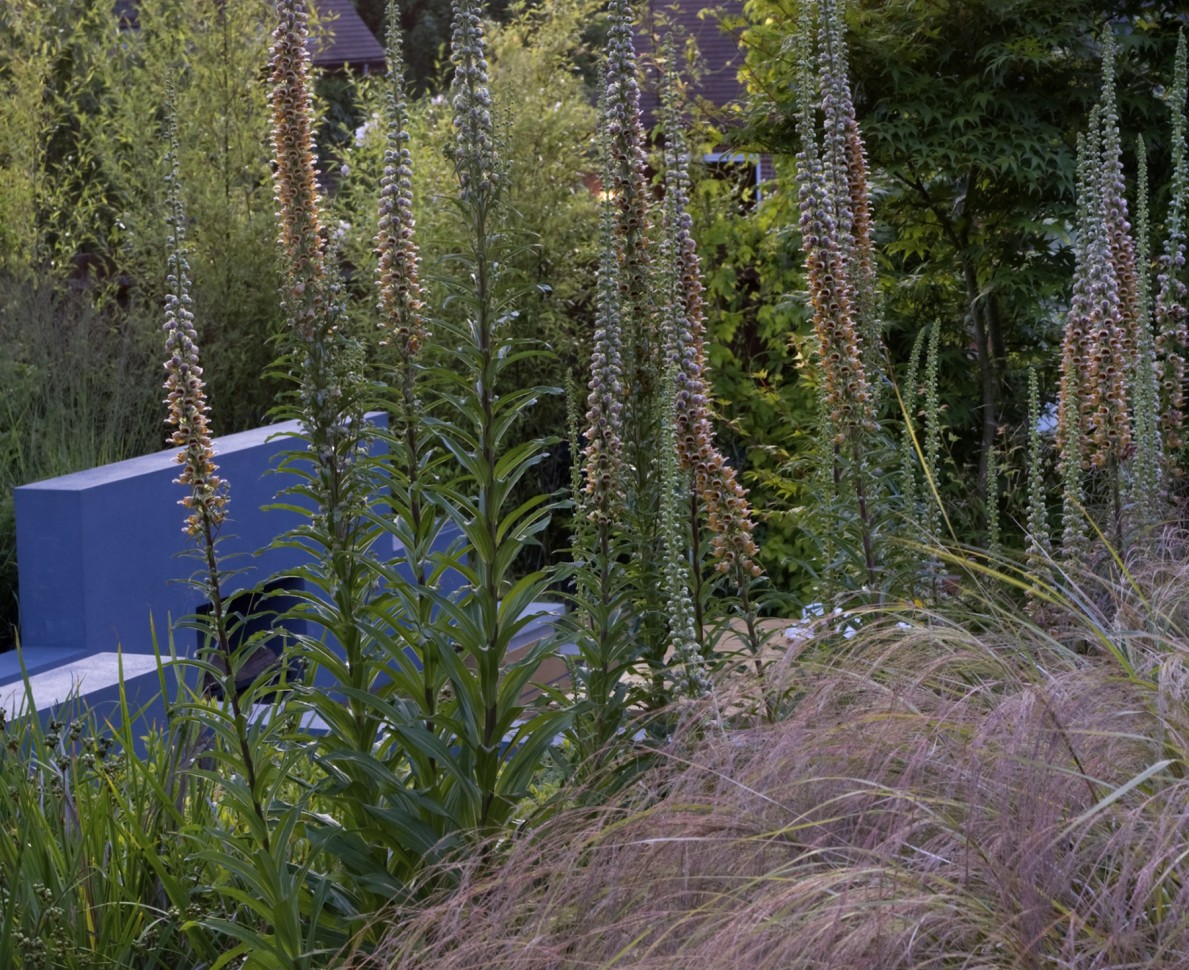 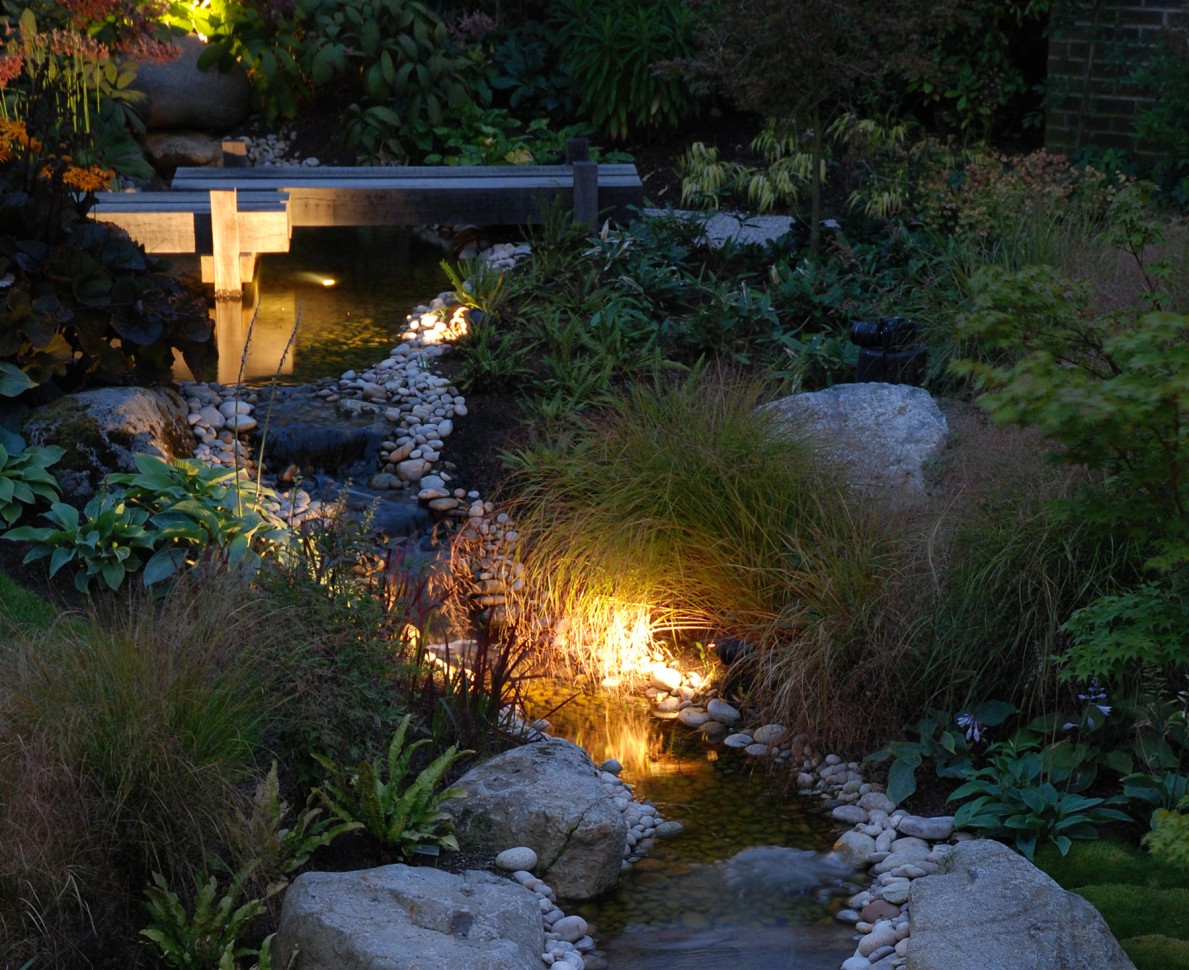 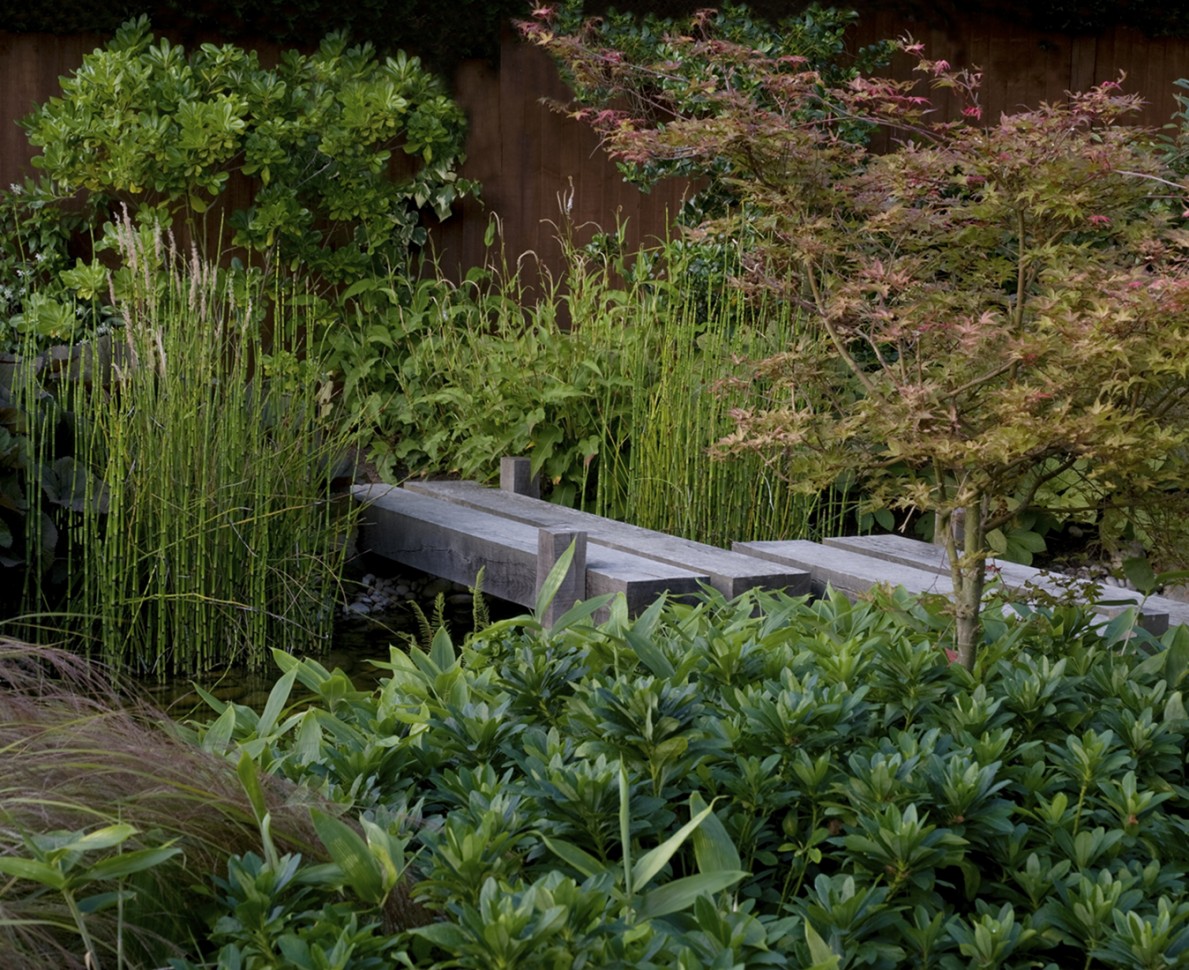 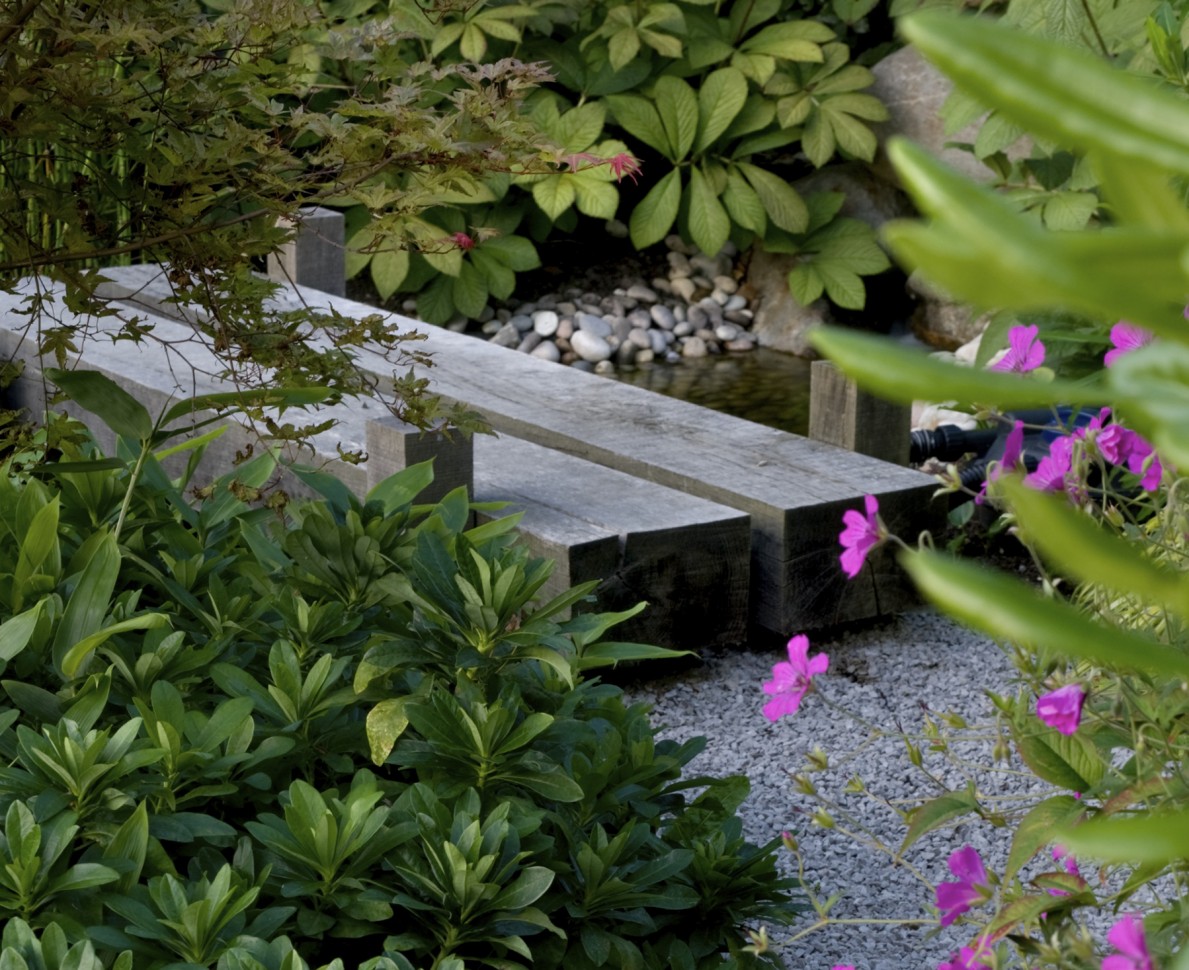 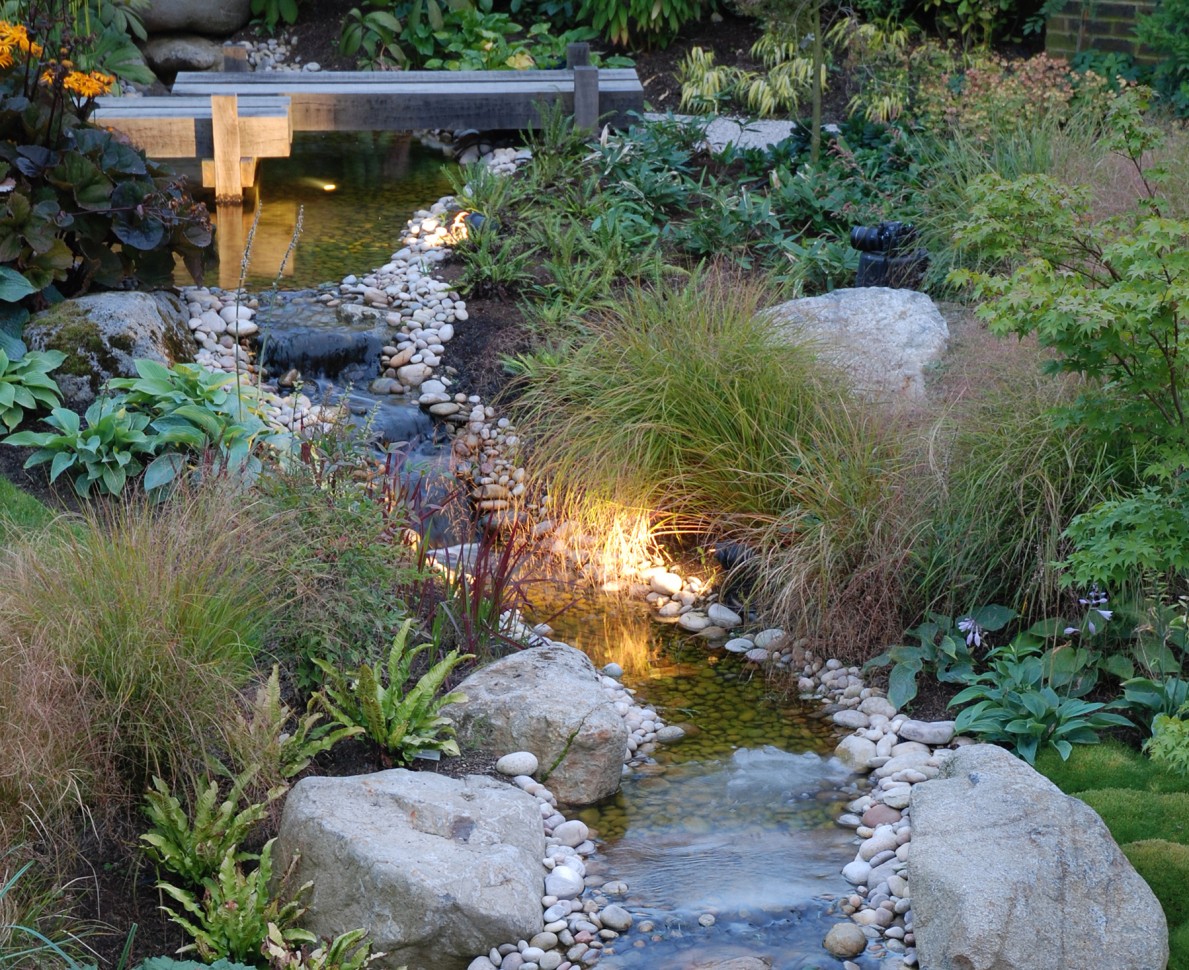 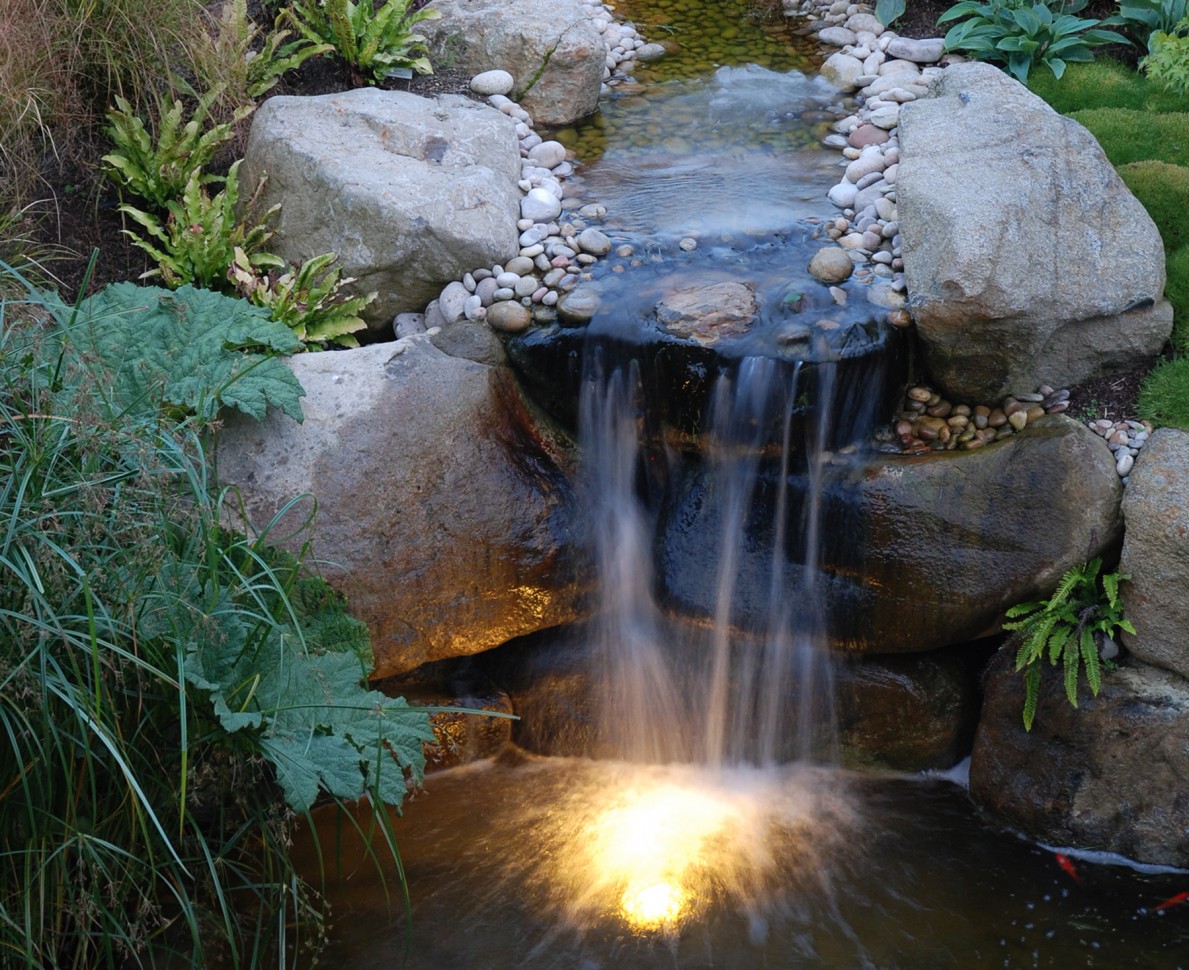 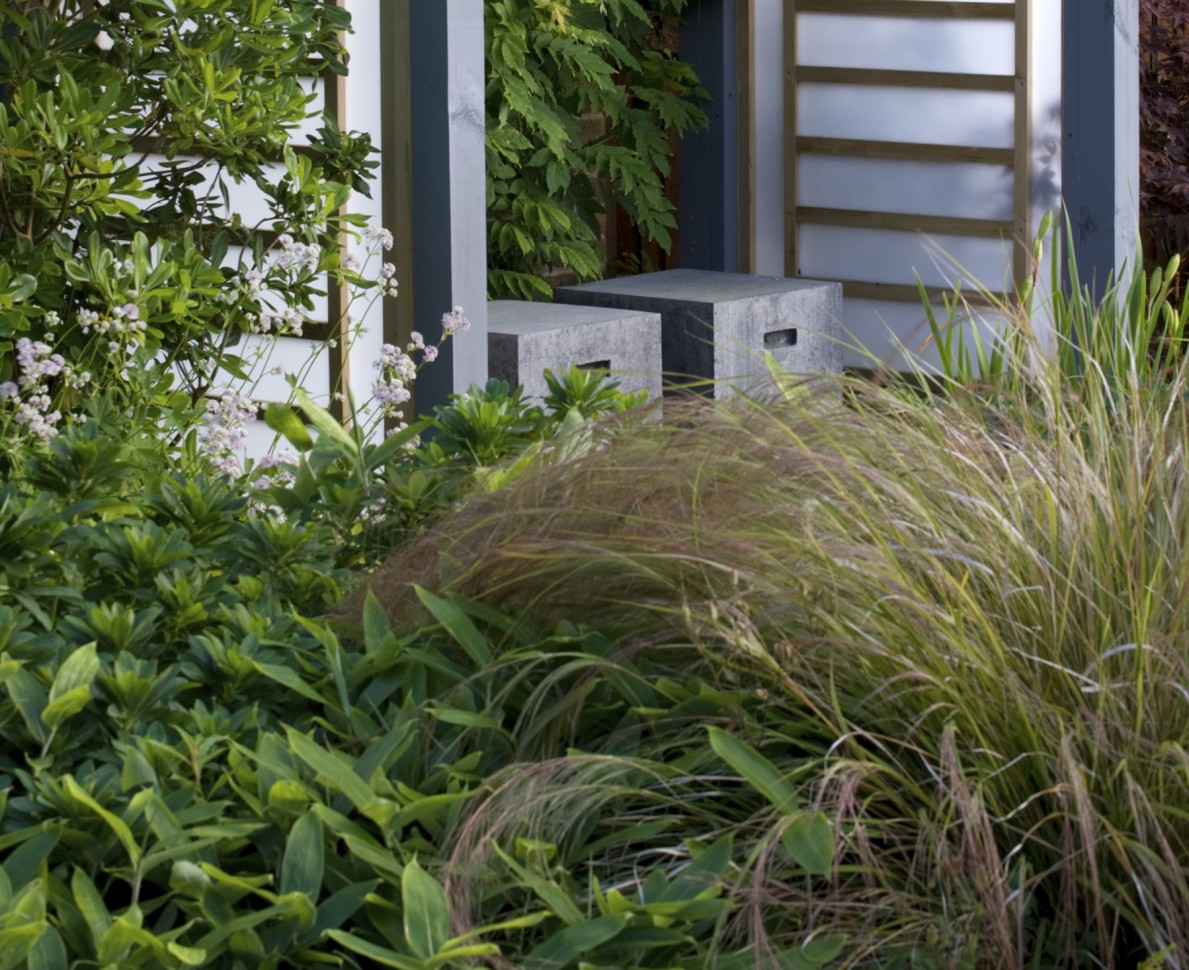 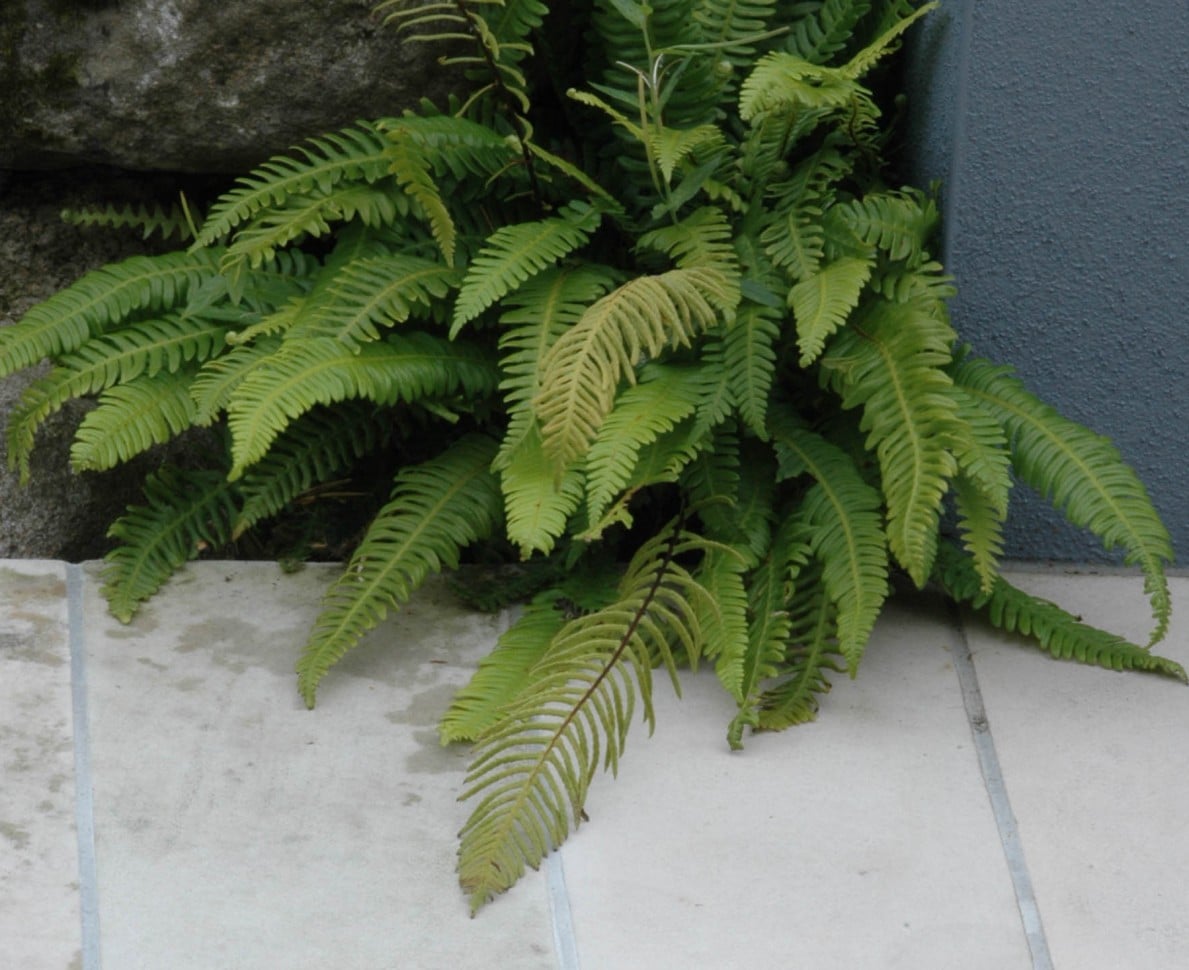 We had made several gardens already for our client and we had formed a good relationship.  The brief in this instance was for a Japanese garden which is something I admire and have studied in Japan but before now had shied away from creating – especially in suburbia.

I knew that a Disneyesque pastiche would be entirely wrong here so I created a built structure that was simple and architectural and more redolent of my own style and then married it with some iconic Japanese features including water falls, a timber bridge and of course the plants including ferns, hostas and maples.