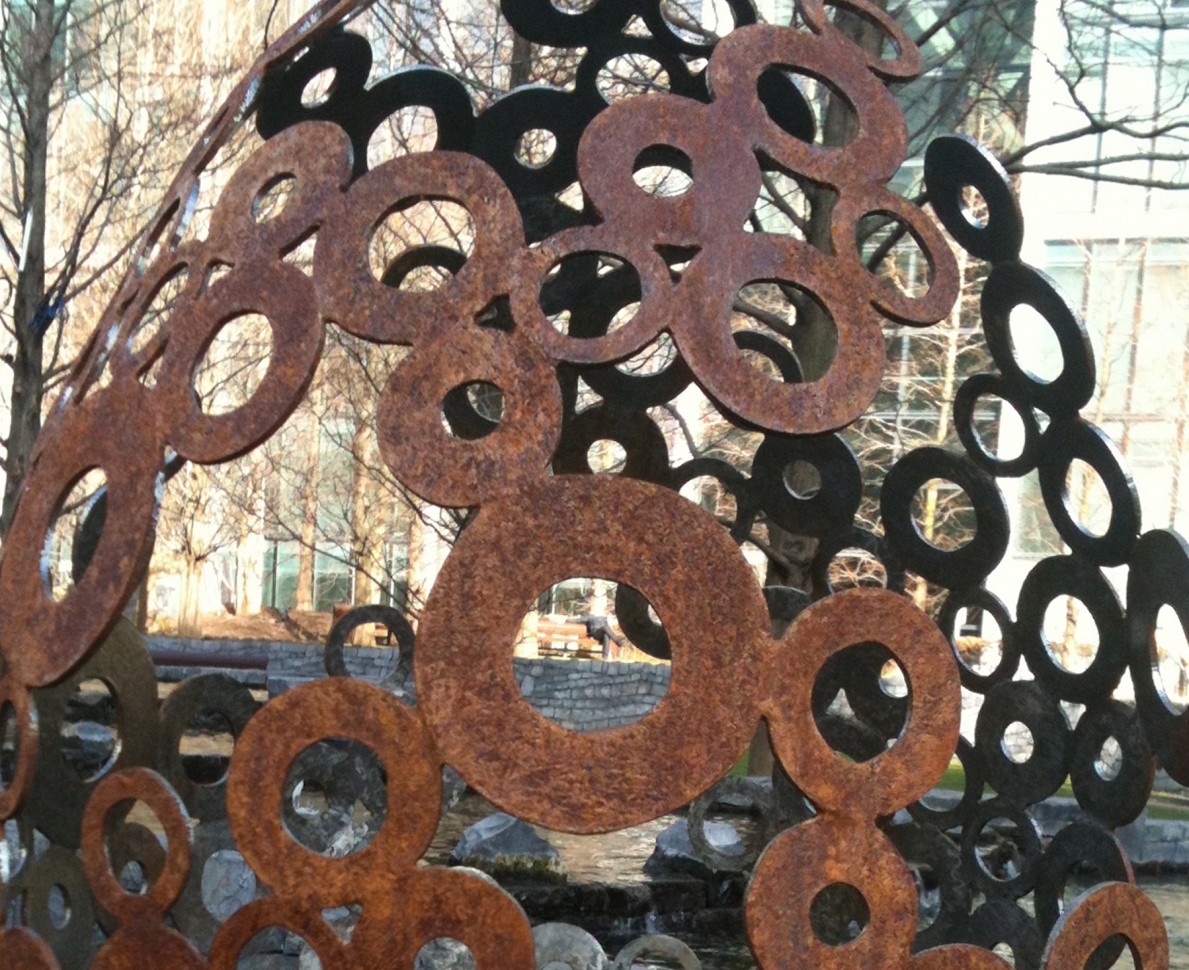 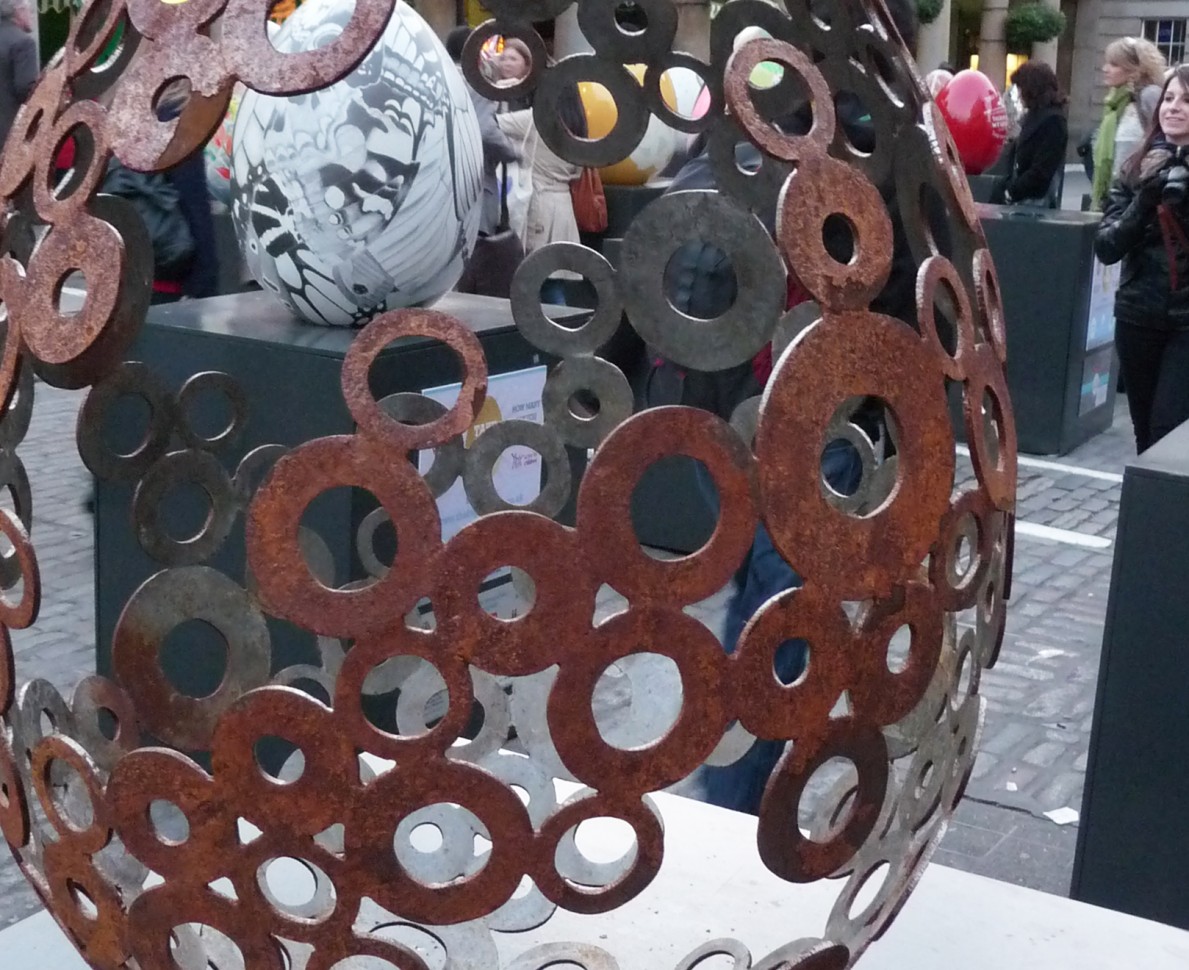 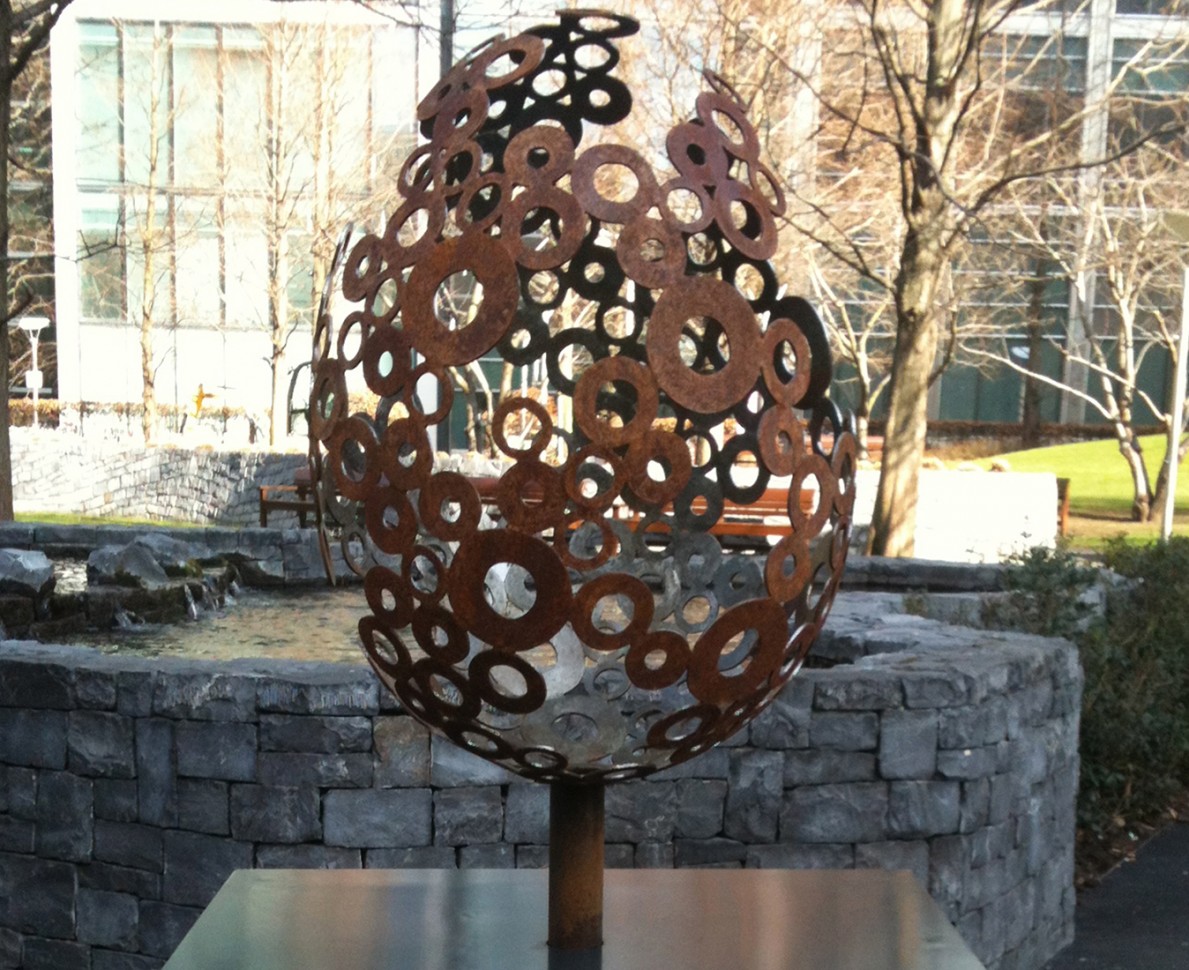 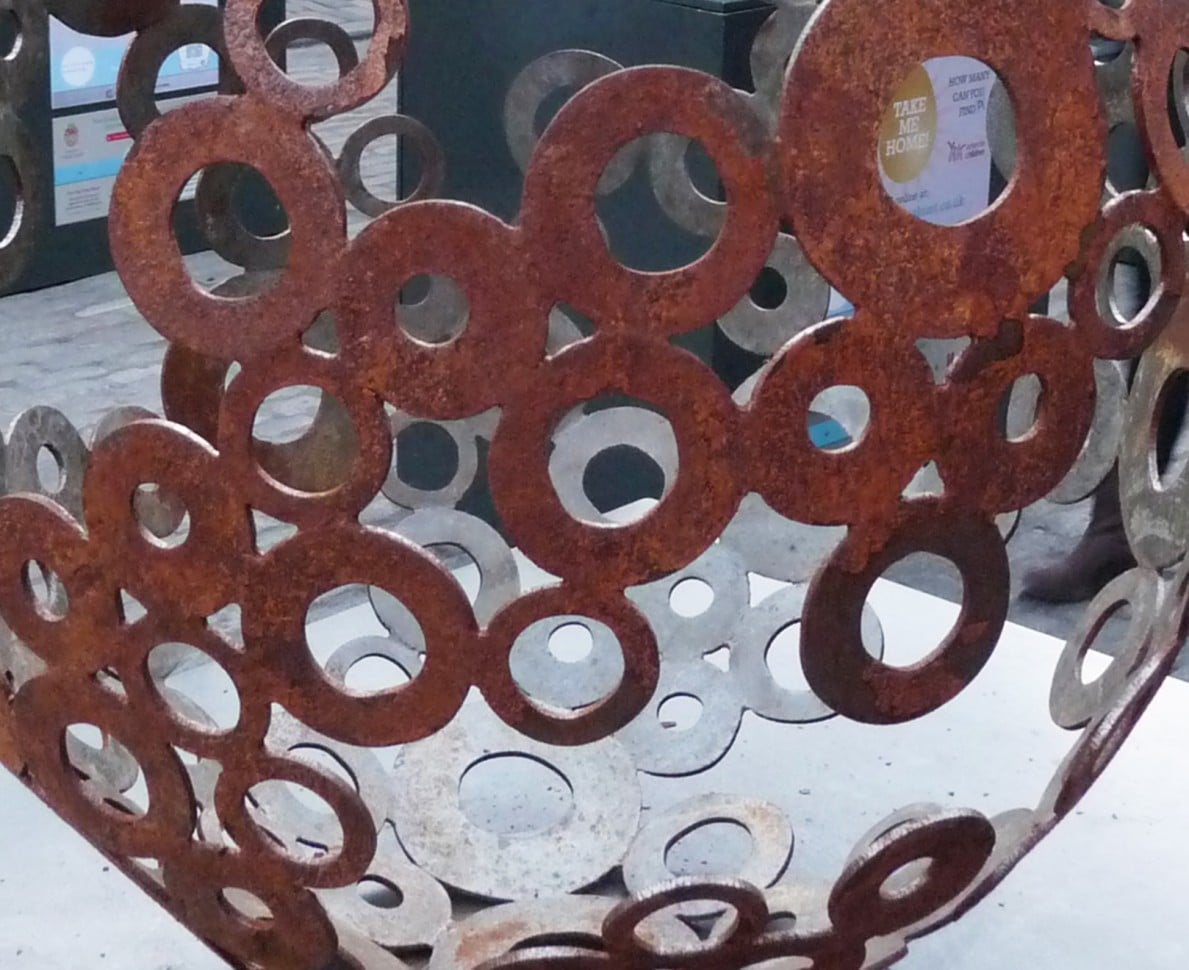 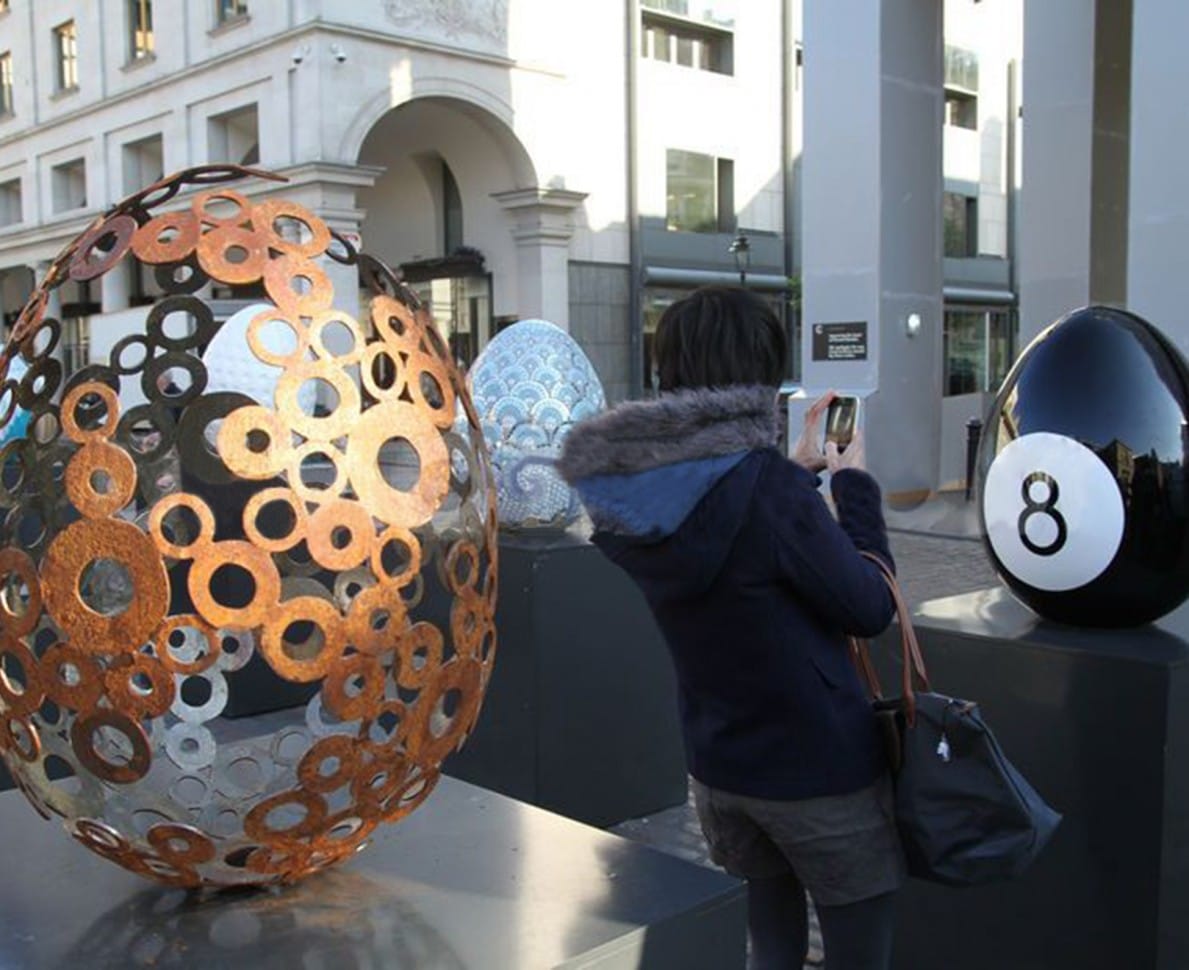 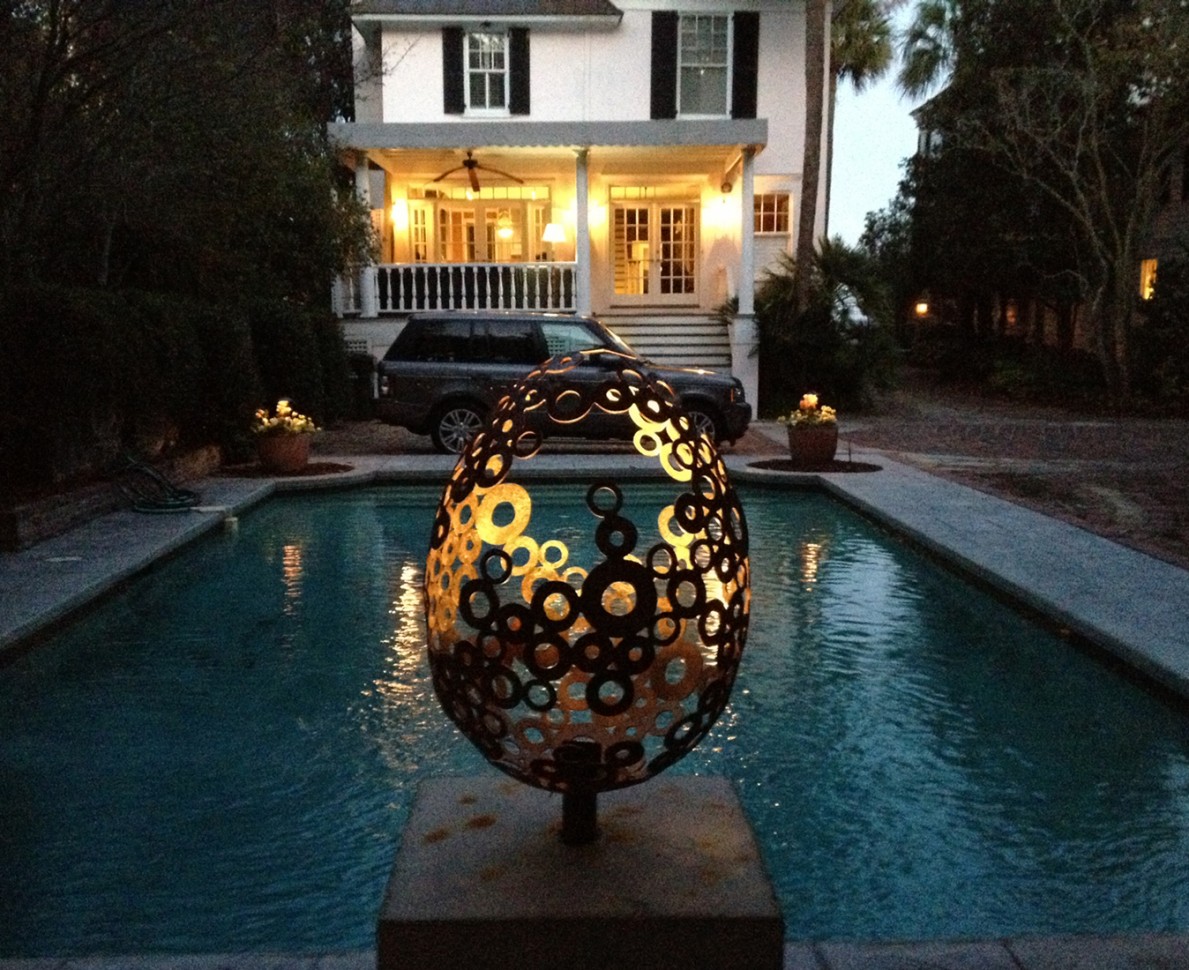 The Faberge Big Egg Hunt, launched by Tom Parker Bowles was a 2012 charity fundraising campaign in aid of Action for Children and The Elephant Family.  Around 200 artists, celebrities and designers created and painted metre high fibreglass eggs which were scattered across the capital.

‘It is but it isn’t’ was inspired by my then forthcoming Chelsea Flower Show garden and was formed from rusted steel rings that were polished on the inside.  The result was a skeletal egg, a reminder of the fragments left after the hatching of a chick, an optimistic, hopeful event that leaves a once beautiful object broken, ruined and useless.